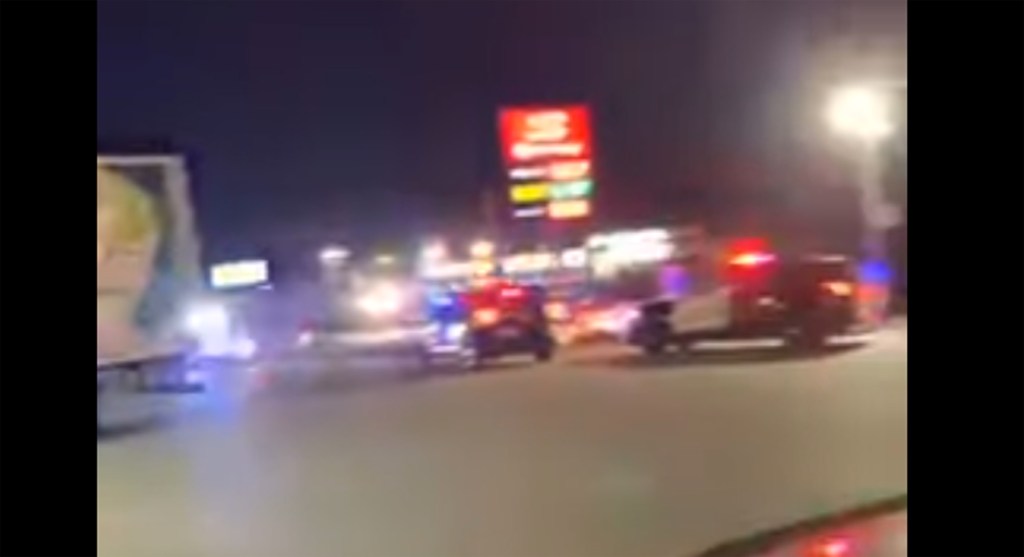 Ironton police chief Pam Wagner said her department got a call from Greenup, Kentucky police at 10:29 p.m. advising them that Adam Ray, 46, was driving a red Chevrolet pickup truck and was heading across the Greenup bridge into Ohio and onto U.S. 52.

“We were told the suspect had a firearm and that he was wanted for domestics,” she said.

Wagner said Ray then proceeded eastbound on U.S. 52 before doing a U-turn in the median and then taking the State Route 650 exit and then getting back onto 52 toward Ironton and taking the U.S. 93 exit.

She said the sheriff’s department, which had joined the operation, tried to use stop sticks to halt Ray, but he drove around them.

He then went into Ironton on State Route 93, going down Third Street, where he hit a second set of stop sticks.

Wagner said that Ray then proceeded to the Coal Grove Speedway, where he was arrested.

Wagner said Ray is facing several traffic citations, such as failure to stop for a red light, as well as failure to comply with an officer and two counts of felonious assault on an officer for attempting to strike vehicles with officers in them.

She said he was also facing charges in Kentucky.

Ray is due in Ironton Municipal Court at 9 a.m. on Wednesday and was incarcerated in the Lawrence County Jail.

Wagner said the firearm turned out to be a BB gun.

“It looked very realistic and you never know,” she said. “All agencies worked together to get this dangerous felon off the streets,” she said.