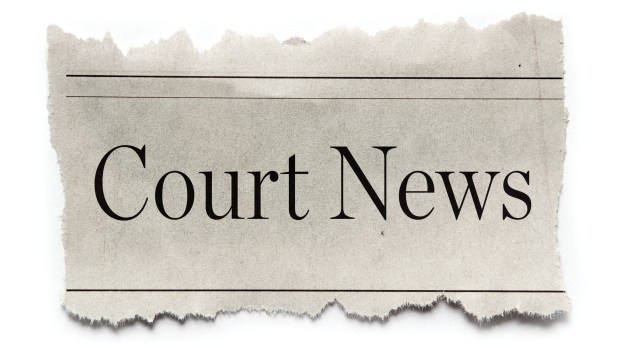 On March 24, the grand jury returned 35 indictments including one with multiple counts for 23-year-old Bryce M. Hogan, of Ironton.

On Thursday morning, the man who led police on a high-speed chase through two states was arraigned in the Ironton Municipal Court.

Adam W. Ray, 45, of Flatwoods, Kentucky, stood before Judge Kevin Waldo who explained the charges that he was facing.

Those charges include reckless operation, going 105 miles per hour in a 60 mile per hour zone, assault on a police officer, a lane violation, running a stop sign, fleeing and eluding and failure to comply with the order or signal of a police officer. The charges, if

Ray is found guilty in trial, could get him at least five years in prison and a fine.

Ray said he had been working as a certified mechanic and making $90 a day but wasn’t sure if he still had a job.

They were told that Ray had a firearm and was wanted on warrants.

Ray went eastbound on U.S. 52 before doing a U-turn in the median and then taking the State Route 650 exit and then getting back onto 52 toward Ironton and taking the U.S. 93 exit.

She said the sheriff’s department, which had joined the operation, tried to use stop sticks to halt Ray, but he drove around them.

He then went into Ironton on State Route 93, going down Third Street, where he hit a second set of stop-sticks.

Wagner said that Ray then proceeded to the Coal Grove Speedway, where he was arrested.

Waldo informed Ray that Kentucky had filed to extradite him back to the commonwealth and that if he waived extradition,

Kentucky would send officers to pick him up within five days and that if he fought extradition, it would take 90 days for Kentucky to extradite him.

Ray waived his right to an extradition hearing. Kentucky has until July 27 to pick him up.