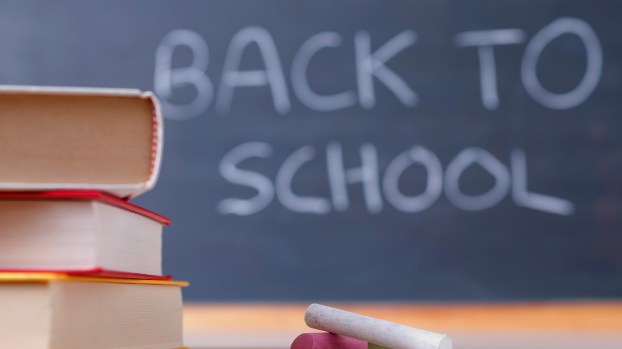 Schools ready for return next week

Lawrence County’s students return to classes next week and, while some changes will remain due to the COVID-19 pandemic, others, such as mask mandates and virtual learning, will no longer be in practice.

Jeff Saunders, superintendent for the Lawrence County Educational Services Center, said all policies on the pandemic are set by the individual school districts and are not done countywide.

“As of right now, for all schools, face masks are not required, but are optional,” he said. “And they’re all providing safety guidelines as far as disinfection.”

Saunders said Ohio Gov. Mike DeWine has recommended facial coverings, but is not mandating them, as was the case last year.

This differs from a neighboring state. Last week, just as Kentucky’s classes were set to begin, Gov. Andy Beshear announced that facial coverings would be required for students in the state, due to a spike in cases in the state and nation, as a result of the Delta variant of the virus.

Dr. Anthony Fauci, director of the National Institute of Allergy and Infectious Diseases and the chief medical advisor to President Joe Biden, has said that the Delta variant “does a big and better job of infecting anybody much more efficiently,” noting that children are more susceptible to it.

Currently, vaccinations for the virus are available to those above the age of 12.

The Lawrence County Health Department has hosted a number of clinics across the county to vaccinate students beginning in sixth grade. Department director Georgia Dillon has said the Delta variant has led to more cases of younger people getting the virus.

The department has also hosted vaccination clinics for school personnel.

Earlier this summer DeWine stated that there was “no appetite” for a mandate of facial coverings for students in Ohio.

Saunders said that the governor does have the power in Ohio to issue such a mandate, should he deem it necessary, and the situation could cause revisions.

“It’s ever changing,” he said.

As for remote learning, which was offered last year in all districts as an option, Saunders said no districts will be doing so this year and all classes will be in person.

“But that could change, too,” he said, noting officials will be keeping an eye on developments.

Last year, some schools went completely virtual for instruction, such as Tri-State STEM+M Early College High School, but, when students begin classes next week, classes there will be in person as well.

Saunders said the state is not recommending virtual learning and is not making it available this year.

Last year marked a return to in-person learning for much of Ohio. The preceding school year saw classes canceled in March 2020 as the COVID-19 pandemic began, first with an extended spring break. Then, DeWine announced the closings and switch to virtual learning would remain in place for the remainder of the 2019-20 academic year. As a result, graduation ceremonies were altered, with schools hosting socially-distanced events or drive through graduations.

At Open Door school, The Ironton Tribune was told that masks will be optional for students when they return for in-person learning next week, but will be required of faculty.

At Dawson-Bryant schools, superintendent Steve Easterling said in-person classes will begin next week, and students are not mandated to wear facial coverings.

“We’re trying to follow guidelines and trying to keep everybody in school,” he said.

Easterling, like the others, said policies could be updated, based on developments at the state and local level.

“Things could change by tomorrow,” he said.

In South Point, superintendent Mark Christian has had a front row seat for efforts to tackle the pandemic.

He made his board offices, located in the former South Point High School building, available to the Lawrence County Health Department, who have hosted their weekly vaccination clinics in the building.

Like other districts, he said classes will be in person and masks are optional.

However, he said facial covering will be required for students 12 and under in the hallways, while changing classes at the district’s two elementary schools.

He said that requirement could be dropped, if the vaccination rate is lowered.

As far as policies on disinfecting and social distancing, Christian said they will be basically following “the same thing that was in place last year.”

He said the district released a four-page plan to the public on their Facebook page last week, outlining policies, which include distancing in cafeterias and classrooms, deep cleaning of facilities, possible limitations on high contact equipment and encouraging parents to transport their children to school, though buses will be available.

Saunders said districts are requiring masks on buses, due to the close quarters involved on the vehicles.

“You could have two or three students, shoulder to shoulder in a small space,” he said.

Schools are also leaving in place limits on visitors. Christian said this was a factor in canceling open house events for the public that South Point schools had planned. Ironton announced a similar cancellation of their open house as well.

Christian said the school will still be hosting its annual Meet the Pointers event on Aug. 19, as that event would be held outside in its stadium and offer a more safe environment.

“We’re glad to get back and get things rolling,” Christian said of next week’s return to classes. “And hopefully, everything goes smooth.”

Fifth Street bridge in Ironton under review The Ohio Department of Transportation is seeking public input on replacing the Fifth... read more