ARTS AND CULTURE: Ironton Council for the Arts: Cypress to perform at First Presbyterian Church 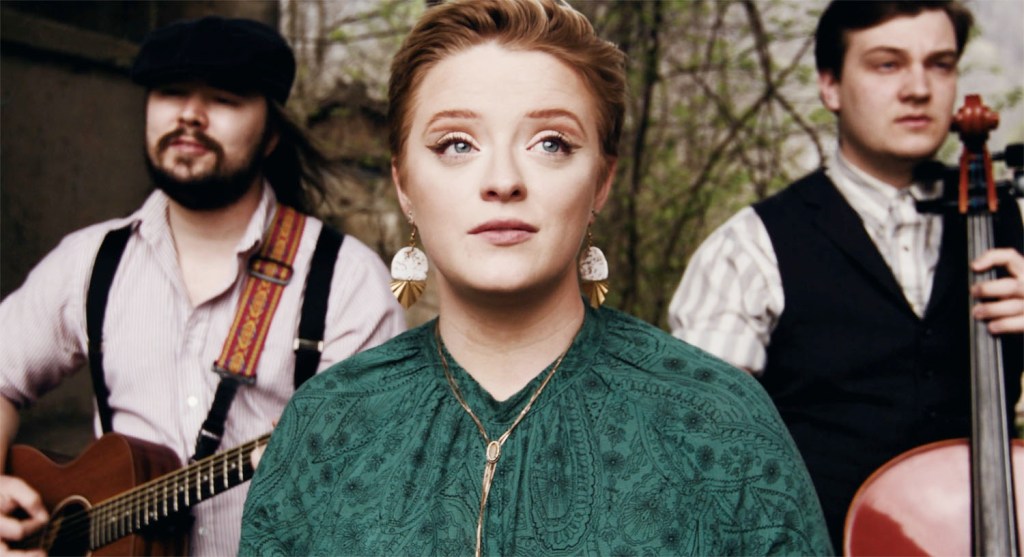 After over a year absence due to COVID-19, the Ironton Council for the Arts will open its 2021-22 Subscription Concert Series with Cypress, an Appalachian folk/indie trio at 7:30 p.m. on Saturday, Oct. 16 at the First Presbyterian Church of Ironton. They replace the Appalachian Celtic Consort who were forced to cancel their performance due to the illness of several band members.

Cypress is an eclectic Appalachian folk trio based out of Huntington, West Virginia. It features Zac Doss on vocals and guitar, Cierra James Doss on vocals and cajon and Steven Schumann on vocals and cello. They regularly perform throughout the Tri-State in a variety of venues including clubs, churches, and festivals. Earlier this year they released their debut album, Firstfruits, which features aspects of traditional indie-folk melded with singer-songwriter concepts, world percussion and classical influences. They also recently finished production of two music videos, Ashes and Vanity.

The band was created during a jam session in a practice room on the second floor of Marshall University’s Smith Music Hall. All three musicians come from different backgrounds, and their music pulls flavors from folk, pop, J.S. Bach, traditional Irish, Appalachian styles, old-fashioned hymns and even a little bit of opera.

Zac Doss (vocals, guitar) is the lead singer and songwriter for Cypress. Zac studies Vocal Performance, English Education and English at Marshall University. Zac’s style is reminiscent of many singer-songwriters such as Vance Joy and Ed Sheeran while adding his own unique twist which adds a blend of religious imagery and impressive vocal abilities. A featured sound of Cypress is the tight and beautiful vocal harmonies traded between the husband-and-wife duo in the band that adds a profound depth.

Cierra James Doss (vocals, cajon) is a Vocal Performance and Music Education graduate from Marshall University. With a passion for people and a voice with stunning precision, Cierra blends the sounds of modern pop, folk and Broadway with the technical prowess and range of a classical soloist all while playing Cajon and foot percussion for the band.

Steven Schumann is the cellist for the band, adding his own unique take on folk cello techniques, and blending in influences from various artists and composers. Steven has received awards for both his classical performance (Belle and Lynum Jackson Competition, first place, Huntington West Virginia 2019) and session recording (International Songwriting Competition 2018, first place in Country Music). aSteven now lives in Nashville Tennessee, where he works as a freelance musician and attends graduate school at Belmont University studying commercial cello performance.

Season tickets for the six Ironton Council for the Arts performances are $50, individual concert tickets are $15. Both season tickets and single concert tickets may be purchased at the door or by contacting Mary Jo Graham at 304-617-1977/mjgraham@zoominternet.net or Pat McCoy at 740-547-6446/pmccoy73@hotmail.com.

The First Presbyterian Church of Ironton is handicap accessible. Handicap parking is available on Railroad Street in front of the blue doors with a chair lift to the sanctuary found inside. A handicap ramp with additional parking will be found in the alley behind the church which can be accessed from Fifth or Sixth Streets. Social distancing guidelines will be practiced, and masks are highly recommended.

Meet the Candidates – school board