Hardy Barker passes away at 92 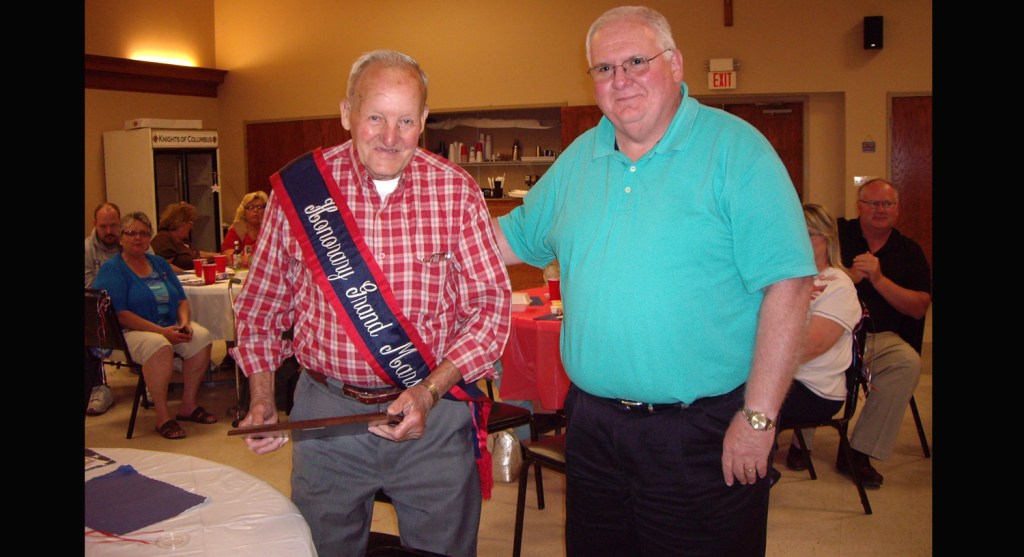 Barker was well known in the area.

He was born in 1929 in Westwood, Kentucky. He was drafted into the army in 1951 and spent nearly all of 1952 on the frontline in the Korean War as a jeep and tank mechanic. When he returned to the United States in 1953 he met Opal, the woman he married six months later.

He spent 43 years as a heavy equipment operator at Armco and remained active even after retirement. When he was in his mid-80s, he washed dogs at the BARKer Shop Pet Grooming, which his grandson Tony Barker owned, and started his days at the Ironton McDonald’s to meet friends and feed the birds in the parking lot.

He was kind of famous for his toughness, too. In 2012, he made local headlines after walking just one day after undergoing a double hip surgery at Our Lady of Bellefonte Hospital.

And he was never afraid to try new things.

“I went down one of the slides at M&M Inflatables during a birthday party,” he said, in a 2014 interview with The Ironton Tribune. “They all thought I was too old and I wanted to show them you’re never too old.”
Lou Pyles, of the Ironton-Lawrence County Memorial Day Parade committee, said they were “very proud” to have Barker as honorary grand marshal.

Pyles, who knew Barker from her time as a customer from the BARKer Shop, said she affectionately called him “Grandpa.”

“He enjoyed meeting people and always took the time to talk to you,” she said. “He was great to work with.”

Graveside Services for Barker will be at noon on Friday, Oct. 22 at Dixon Cemetery in Westwood, Kentucky.

Ironton woman dies after being struck by car