Two women from Kentucky are making a name for themselves with their creative and horror-themed photography.

Sam Lawson and Sammi Buckler are the owners of Sol Collector Photography, located in downtown Greenup in the space occupied their Sol Collector metaphysical shop, which has been open for two months.

Lawson, who went to school for electronic media and has worked in her family’s business 10 years and Buckler, who worked full time at SMC, say they have worked together or about a year, but have worked separately in the field for about 10 years.

“We pretty much do all genres of photos, but we specialize in boudoir and creative,” Lawson said.

For the horror-themed piece, Lawson said they “dabble in Latex and fake blood.”

One of the series of photos they have produced in it is the Freaky Friday piece, which she said “distort the beautiful stories of fairy tales.”

“We took Snow White and the evil queen and did a storyline of how the apple took half of her face from poison,” she said.

Lawson said, for their work they try to achieve as much as they can before doing any kind of enhancements.

“We try to make it as authentic with makeup as we can, but we do use Photoshop, too, sometimes,” she said.

They say their work is entirely in digital, but film photography “is something we would definitely like to get into.”

As for how the photos go, “it depends on the client and their own vision,” Buckler said.

They say shoots can be individual or couples, and they have used as many as four people at a time in their work.

“We had a lot of friends who wanted to do it,” Lawson said.

They said the boudoir photography takes place at their studio in Greenup, while, for the horror and fantasy pieces, they like to work outside in the environment on location.

In addition to the photos, they maintain the shop in Greenup, for which they sell essential oils, and offer healing, tarot readings and chakra readings, Lawson said.

Lawson said they also aim to promote a clean environment and do things such as hiking.

“And it’s all to promote kindness and forgiveness,” Buckler said.

Coming up, the two are preparing another Freaky Friday series for this Halloween with their photography, and Lawson said they are hoping to repeat and expand a charitable project that they began last year.

She said they took donations and did appearances dressed as Dr. Seuss’s The Grinch around the area last holiday season, and helped to distribute toys, coats and other items to children.

“We wanted to do a big community event, but could not because of COVID-19,” she said.

This year, she donations began in August and she hopes to begin Grinch appearances in November, followed by, hopefully, a community event in December.

Lawson said they realize this is an economically impoverished region and they hope to offer a brighter season for everyone.

“It has been difficult because of COVID-19 and we wanted to do something for them,” she said.

Sol Collector can be reached on Facebook and their website at www.solcollector.com. The shop and studio are located at 423 U.S. 23 in Greenup. 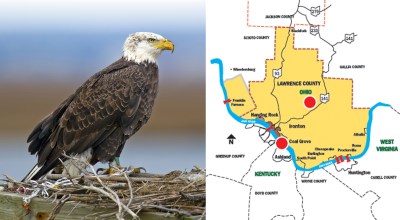