Buckeyes guard against slip-up as they face Nebraska 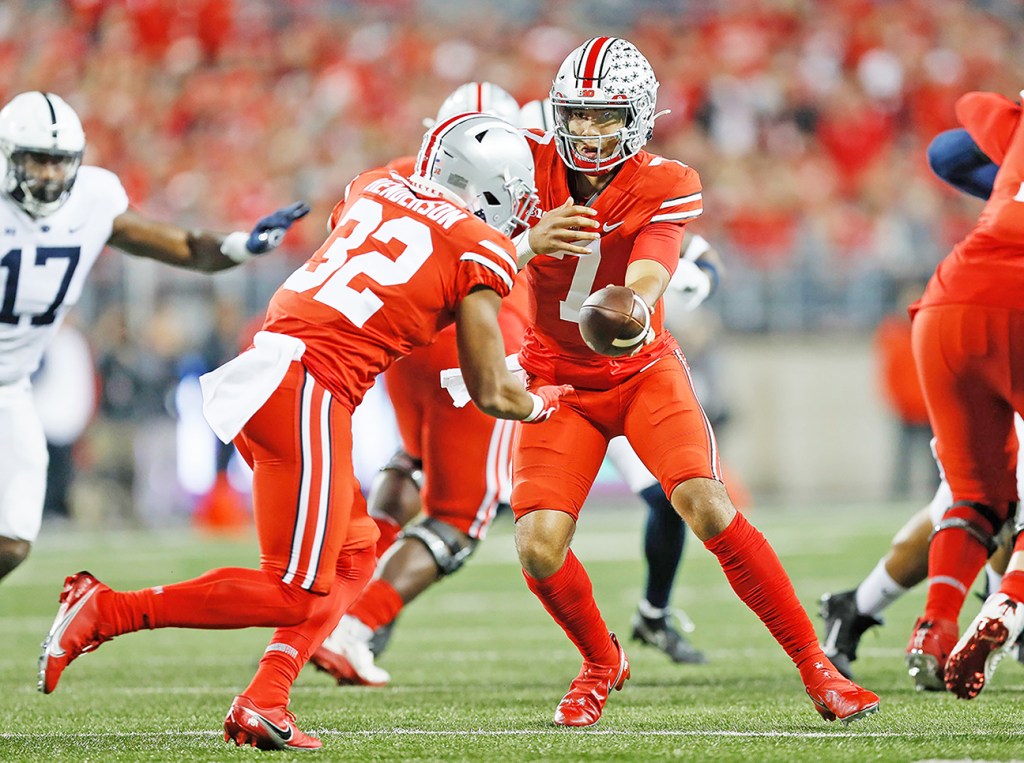 LINCOLN, Neb. (AP) — No. 6 Ohio State has outscored Nebraska by an average of 53-18 while winning six straight against the Cornhuskers.

The last thing Buckeyes coach Ryan Day wants his players to do is look at the recent history of the series and think they’re in for an easy afternoon Saturday at Memorial Stadium.

With the Buckeyes (7-1, 5-0 Big Ten) ranked No. 5 in the season’s first College Football Playoff rankings, they have no margin for error. No two-loss team has ever made the playoff.

Nebraska (3-6, 1-5) has lost three straight and five of its last six, but none of its six losses has been by more than eight points.

“A lot of things have happened this year, and so we can’t let that happen to us and we can’t have any regrets,” Day said. “The only way to do that is to focus on right now and not be distracted. If you start looking ahead, if you start worrying about tomorrow, that’s where you get distracted, and we’ve got to stay disciplined in that area of the game.”

The Huskers are reeling after playing an uninspired second half in a 28-23 home loss to Purdue, and pressure has increased on coach Scott Frost as he faces the prospect of a fourth straight losing season since taking over.

Nebraska enters the game as a 14 1/2-point underdog, according to FanDuel Sportsbook.

“The biggest obstacle you have to overcome against them is they have a bunch of future NFL guys and good coaches,” Frost said, “and so you are going to have to execute really well and take advantage of opportunities you get. They have been putting up a lot of points, so you have to do a good job on defense, and you have to score when you get a chance.”

Ohio State has won 13 straight November games since a loss at Iowa in 2017.

“We’ve got to really prove how consistent we are here in November,” Day said, “because this is where championships are won.”

DEFENSE CAN SCORE, TOO

Ohio State’s defense has scored six touchdowns, the most of any team in the nation. The Buckeyes have returned four interceptions and two fumbles for TDs. The latest was defensive tackle Jerron Cage’s 57-yard scoop-and-score against Penn State.

Ohio State’s C.J. Stroud has thrown 15 touchdown passes in his last four games. He completed 71.1 percent of his passes (84 of 118) for 1,307 yards and no interceptions over that span.

Nebraska will be facing its fourth Top 25 opponent, including a third in the top 10 for the first time since 2008.

SO YOU’RE SAYING THERE’S A CHANCE

Nebraska, on paper, still has a chance to reach the bowl-eligibility threshold of six wins — but only if it beats Ohio State, Wisconsin and Iowa. The Huskers’ most recent win against any of those teams was in 2014 (Iowa).

“We get an opportunity to play a top-10 team and do some damage,” he said. “That’s our goal and that’s what we are going to do.”

When asked to clarify what he meant by doing “damage,” Rogers played the spoiler card.

“They are still going for a spot in the playoffs,” Rogers said. “A loss could ruin that. I’m just saying win the game. A lot could happen if we win the game.”