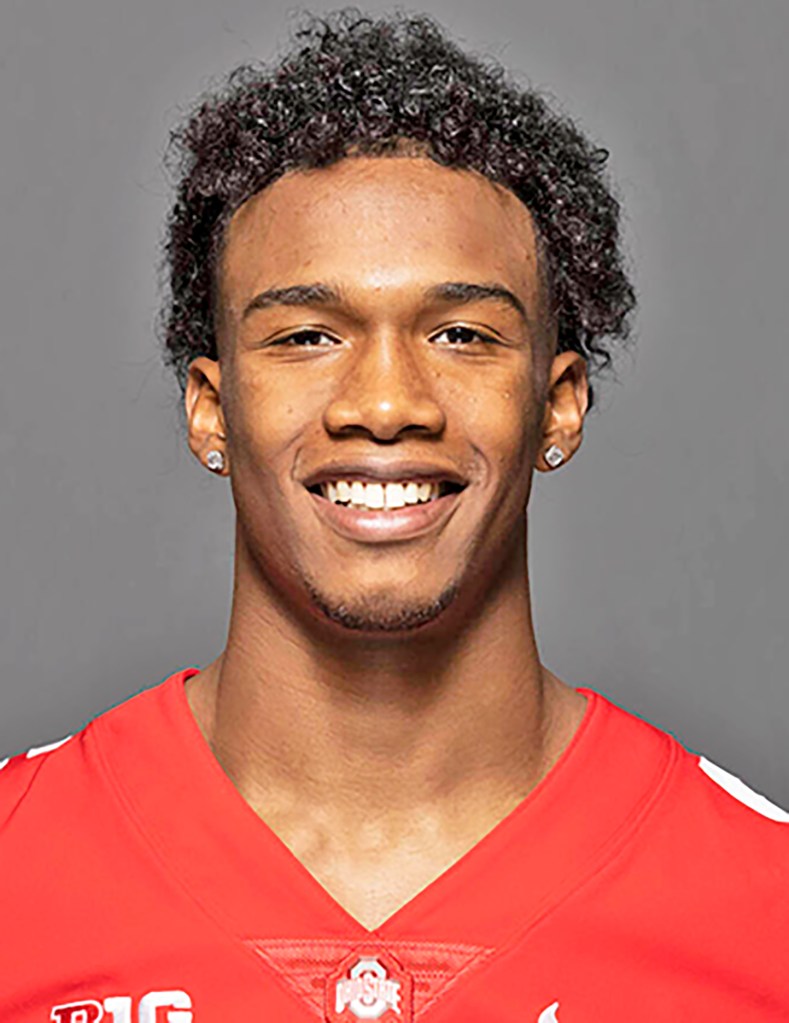 But here’s one thing Ohio State’s standout junior receiver didn’t like when he was younger: the gymnastics classes his mother signed him up for.

“I was mad at my mom because she had me in it.  I was in it (ages) 5 to 7. But I thank her for it now. I didn’t realize the benefits it would have but I still feel like it pays off now and then,” Wilson said earlier this week.

Wilson has 53 catches for 813 yards and 9 touchdowns this season.  He had 43 catches last season and 30 as a freshman.

Last Saturday in a 59-31 win over Purdue he caught 10 passes for 126 yards and three touchdowns and ran for a 51-yard touchdown.  Even on a team with two other receivers like Chris Olave and Jaxon Smith-Njigba he might be the best the Buckeyes have at that position.

When No. 4 Ohio State (9-1, 7-0 Big Ten) plays No. 7 Michigan State (9-1, 6-1 Big Ten) on Saturday, Wilson and the rest of Ohio State’s receivers will be facing an MSU defense that ranks last nationally in passing yards allowed.

Day says Wilson “has a different look in his eye” recently. And Wilson says there is something different about him in 2021.

“I knew I was doing a lot but I could do more,” he said.  “That was one of the tough conversations you have to have with yourself. You feel like you’re doing well, people are telling you you’re doing well but you know deep inside you could bring some more. So the way I’ve been approaching practice is I have to get better every day. I’ve seen it pay off on Saturday.”

Ohio State’s three top receivers have a chance to make some Big Ten history if they all finish the season with 1,000 yards or more receiving.

That would make OSU the first Big Ten team with three players with 1,000 yards or more receiving.  Only six FBS teams have done that.

Wilson is projected as a first-round choice in the NFL draft but says he will wait until after the season to make his decision.

“I’ve most definitely thought about it,” he said. “I’ve put myself in a situation to where I have that tough decision to make, and it’s a blessing, but I’m trying to focus on finishing the season the right way.”

• MILLER REINSTATED: Sophomore quarterback Jack Miller has been reinstated after being suspended two weeks ago when he was charged with operating a vehicle while intoxicated.

Miller’s charge was reduced to a misdemeanor charge of reckless operation on Thursday and he paid a $150 fine.

The former 4-star recruit has been OSU’s No. 3 quarterback this season.

• BEING CAREFUL:  Day said Ohio State has stopped practicing in pads on Wednesday recently to try to reduce the chances of losing players to injuries in the final weeks of the season.

• STROUD HEISMAN: When Day was asked about quarterback C.J. Stroud being a Heisman Trophy candidate he said, “I think his production speaks for itself.”