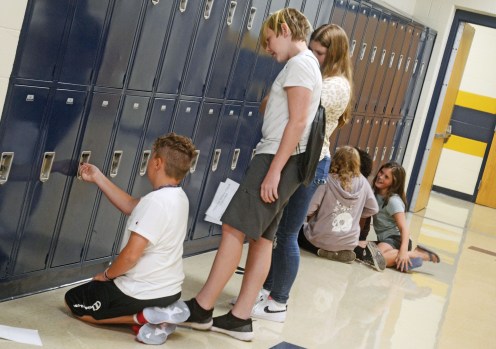 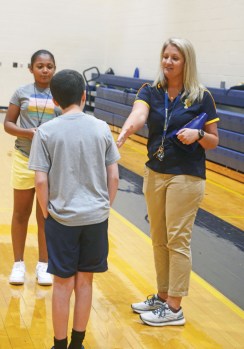 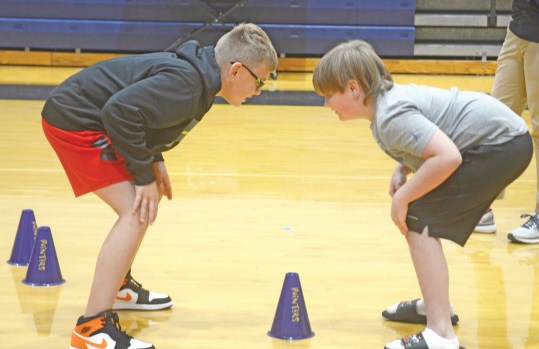 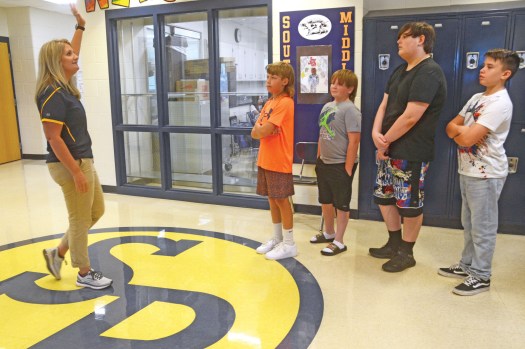 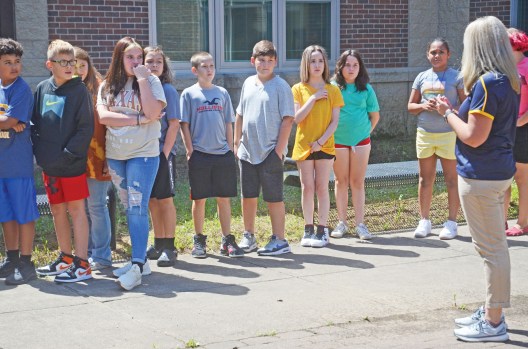 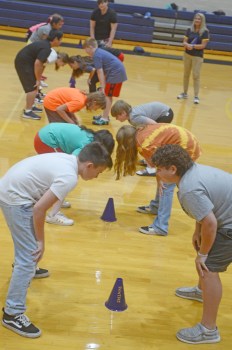 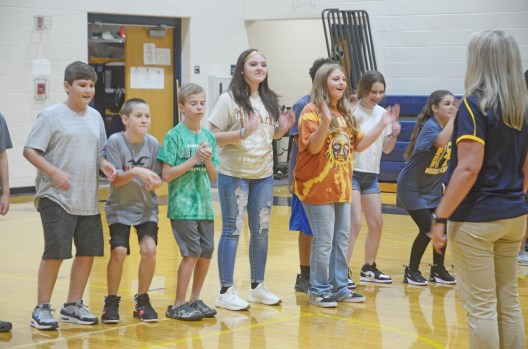 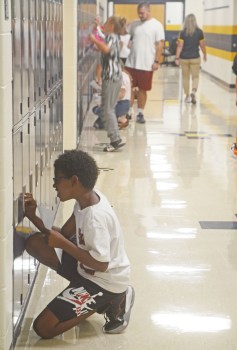 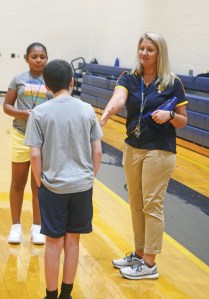 SOUTH POINT — “Are you feeling more comfortable?” principal Sara Chapman asked one of the sixth graders at South Point Middle School on Friday as they took a tour of the building.

About 60 incoming students were there for four hours for the annual Back-to-School camp.

The school hosts the event as an orientation for the incoming class, to better prepare them for the change in atmosphere from elementary school to middle school.

The school’s sixth graders come from the district’s two elementary schools, South Point and Burlington, and as part of the activities on Friday, the students took part in team building exercises where they got to introduce themselves to their new classmates.

The sixth graders broke into three groups and each took a tour of the school, seeing things such as the library, the offices, the courtyard and more. It’s a change from the elementary school, going from spending all day in one classroom to navigating a building and multiple classes.

They also were assigned their lockers and were asked to make their first attempt at using a combination lock.

Chapman introduced the students to faculty they met on their tour, such as some of the athletic coaches. She said students are required to take part in extracurricular activities, and encouraged them to speak with coaches if they were interested.

“And it doesn’t have to be sports,” she said, noting other options could be band, the after school program and other activities. “As long as it’s something.”

The students were in the building a week before the district’s start of the academic year, which is set for Friday.