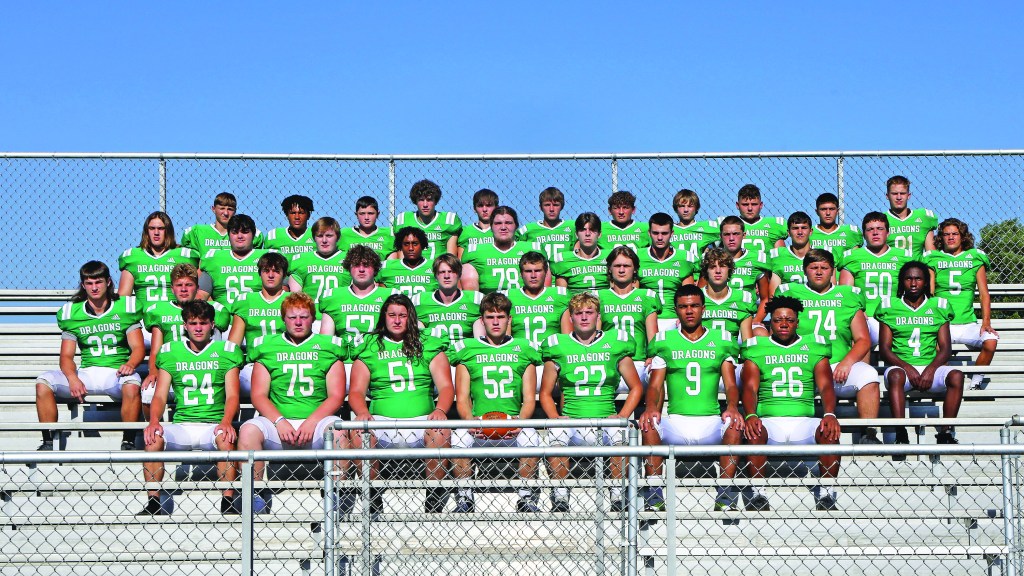 PROCTORVILLE — The old cliche says you can’t coach speed. You are either fast or you’re not.

That same philosophy can be utilized when talking about experience. You can coach situations, but you really just have to experience it for yourself.

The Fairland Dragons will be looking to gain that playing time and gain experience as they try to fill a lot of holes left due to graduation from a team that went 11-2 last season.

Head coach Melvin Cunningham has plenty of good players to choose from in his depth chart, but most of them are sophomores who haven’t played many minutes in a varsity game.

“We’re not short on talent. What we’re short on is experience, so we understand there’s going to be a lot of highs and lows,” said Dragons’ veteran head coach Melvin Cunningham.

“We feel like as a coaching staff we do a really good job of developing talent. We’re going to continue the process and we understand it’s a day-to-day grind.”

Although the Dragons lack experience, they do have the talent to compensate for their mistakes if they limit the number of errors.

Quarterback is a key position and the Dragons are fortunate to have junior Peyton Jackson who threw for more than 1,000 yards last season and returns as the starter again.

“He’s coming back for his second year as a starter and with a young team he understands he has to drive the train. We tell him the train don’t move on the track unless it has an engineer. He understands that. Knows he has to step up and take a leader role,” said Cunningham.

“Realistically, I think all of them will see action at some point in time,” said Cunningham.

But junior Brycen Hunt (6-0, 155) and Kitts can also play wide receiver as will a few other candidates.

“All three of those guys started for us and we understand that they have to perform for us to be good. Kai started every game, Brycen has been a starter for three years and Steeler has started since he was a freshman,” said Cunningham.

“(Steeler) the guy who has so many games of experience. He’s done a really good job of setting the direction our team is going right now.”

“Those are two guys were looking to see what they can add to the table,” said Cunningham.

Sophomore Quentin Cremeans looks to be the start and Cunningham said “he’s going to be a special football player around here for years.”

Gone from the line is third team All-Ohio lineman Casey Hudson along with Alec Dement, R.J. Ward and Trey Black.

Senior Steven Rhodes was second team All-Ohio last season and will be back at left tackle with senior Mason Ward returning at center. After that, Cunningham said there are a lot of battles going on to fill the other three positions.

“Steven is a very good lineman. We’re always blessed to have our center back and to have him,” said Cunningham. “Honestly, right now I don’t know who the other guys will be.”

Senior Justin McKee (6-0, 250) will be either left guard or right tackle and Cunningham said “he’s ahead of the rest.

“Friday night is a lot different than Monday, and I think right now they are seeing that. Right now the game is a little fast for them,” said Cunningham.

McKee is expected to play nose guard with Stewart the backup.

Charles will be one starter at end with the other end between sophomore Garrett Cornwell (5-11, 208), Ward, Daily and Rhodes.

“We’re a three-front team basically, but it goes on (the opposition) alignment,” said Cunningham.

Dixon and Cremeans should be the starters with Callicoat taking reps inside and outside. Ward is another potential candidate.

“Cremeans has the opportunity to be one of the best linebackers we’ve had,” said Cunningham.

On the outside will be Callicoat with either Ward or Martin.

This is an area of strength. Cunningham described it by saying “we’re loaded with athletes.”

The cornerbacks will be Hunt on one side with Hayden, Smith or Collins on the other side.

Leep and Kitts both return at safety with Graham or Smith their backups.

“This game is so slow for Steeler he’s been playing so games for us. The game’s not slow for Kam Kitts right now but he’s going to be one of the best we’ve had. He’s so talented,” said Cunningham.

The punter is still up in the air and it could be one three kickers but Hunt looks to be the frontrunner.

“We’ve been blessed with some good kickers,” said Cunningham.

“If you’re in this conference, let’s all be honest, you’re always chasing the Tigers. It is what it is. That’s a testament to who they are, the tradition they have, the coaching they have. Ironton sets the mark,” said Cunningham.

“I think we’ve been a formidable opponent to them. When we get off the bus we’re going to be ready to play. But the conference is going to be stronger this year and more balanced.”