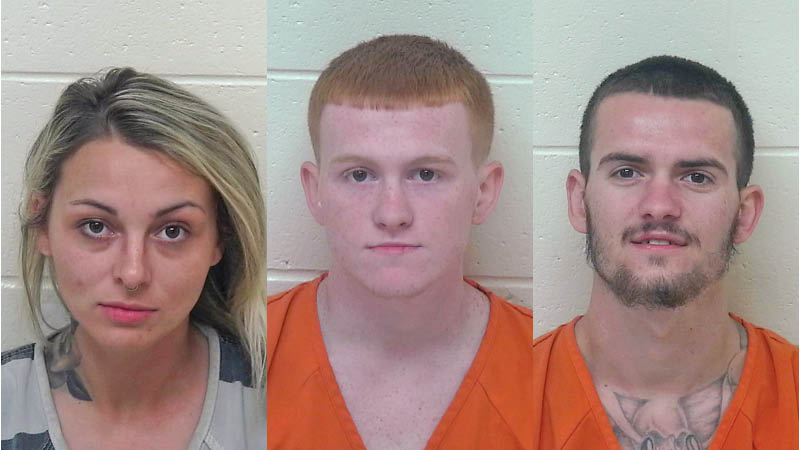 WHEELERSBURG — Three Wheelersburg residents are under arrest for kidnapping and beating two men so severely they were hospitalized. One of the men has been sent to a trauma center in Columbus.

According to a report from Scioto County Sheriff David Thoroughman, around 9 a.m. on Tuesday, one of his detectives got call about a man walking on State Route 140 that appeared to have been beaten up and was covered in blood.

Deputies were dispatched to the area and made contact with the man who said that he and another man had been taken to a house at 37 Ainsley Avenue in Wheelersburg.

The man said they were tied down with zip ties and several people beat on them, using their fists and kicking them. They were also struck with a weapon. The man was transported by ambulance to the Southern Ohio Medical Center for treatment.

Detectives continued their investigation with the victim at SOMC while deputies responded to an address on Martin Road in Wheelersburg, to speak with the second victim.

That man said he was also held in the house and beaten for hours.

EMS responded to the scene and transported the second victim to SOMC for treatment.

Thoroughman said detectives got a search warrant for the house at 37 Ainsley Avenue.  During the search, detectives collected several items as evidence.

As of Wednesday afternoon, one victim was transferred to a Columbus trauma center, while the other victim was being treated at Southern Ohio Medical Center with the possibility of being transported to a trauma center in Columbus.

Thoroughman stated this is still an ongoing investigation that could result in more charges being filed on a later date.

Anyone with information regarding this case should contact the Scioto County Sheriff’s Office Detective Division at 740-354-7566.