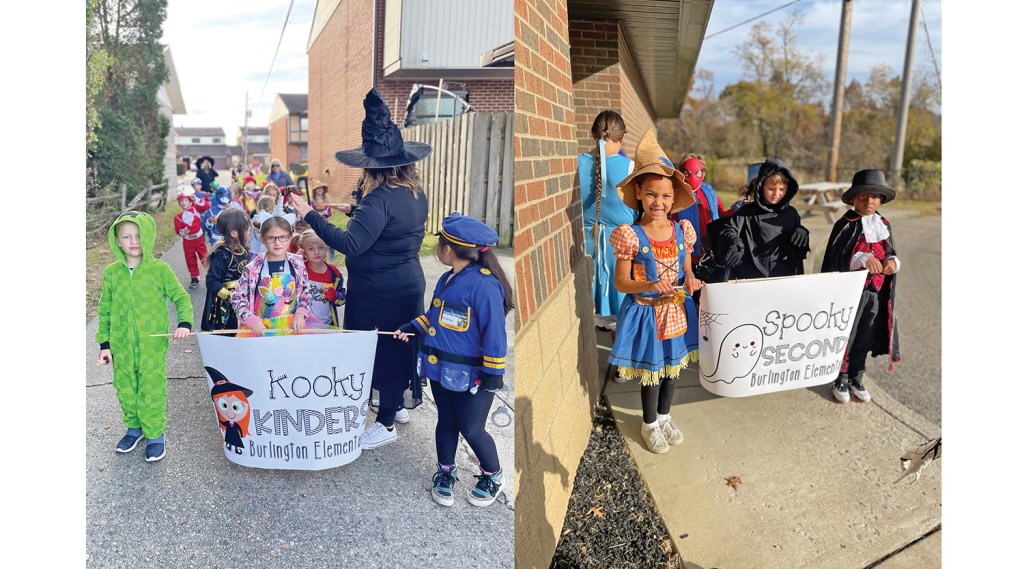 SOUTH POINT — The two elementary schools in the South Point school district brought the holiday spirit to their communities on Friday.

Each hosted their annual Halloween parade, both back in full form after the shutdown of the COVID-19 pandemic.

At South Point Elementary, it was the first time the parade had taken place since 2019, and students in costume walked the route on the streets surrounding the school, accompanied by guests such as the El Hasa Shriner Hillbillies.

At Burlington Elementary, the parade was expanded. Normally taking place on the sidewalk around the school, this year, principal David Ashworth had County Road 1 closed in front of the school, so students could walk the road, accompanied by the South Point High School Band of Gold.

Both schools hosted Halloween parties for students after their parades.