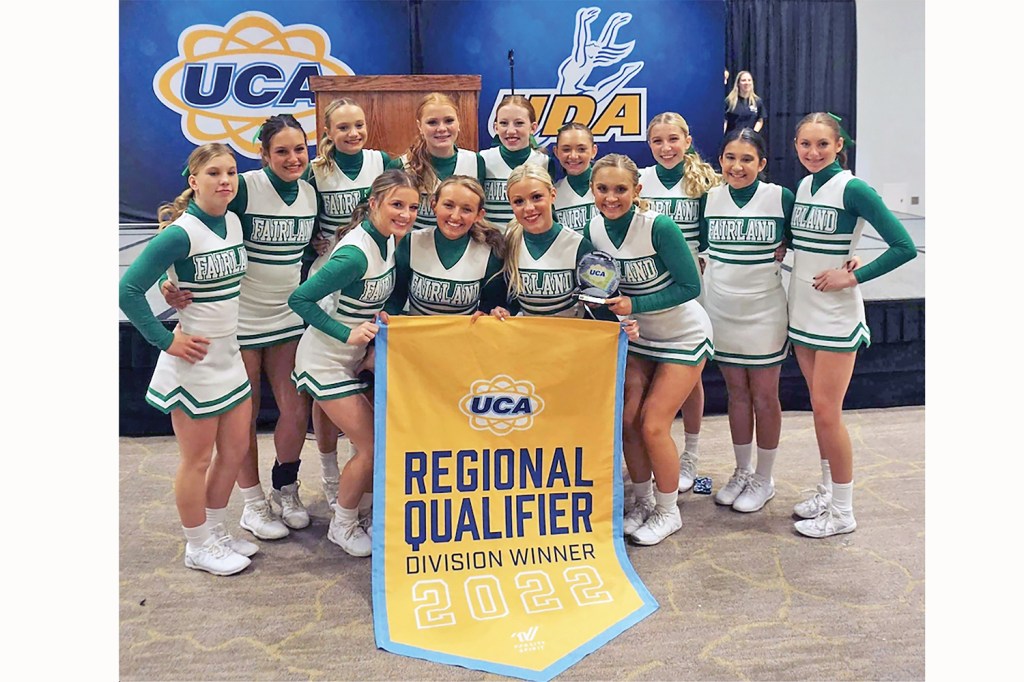 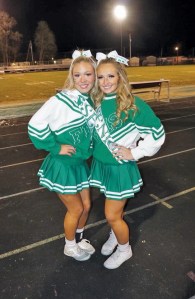 Kaci Adkins, left, and Ryan Henry are captains of Fairland High School’s cheerleading team and seniors at the school. In addition to heading to the upcoming UCA National High School Cheerleading Championship in February, the two were also took part in the event in 2020, when they were freshmen and the Dragons last qualified. (Submitted photo)

The team competed on Nov. 19 in the Universal Cheerleaders Association Bluegrass Regional competition in Lexington, Kentucky and came out on top in the Small Varsity Game Division.

“It’s a big accomplishment,” Trish Adkins, who coached the cheerleaders last year, said, noting that it is the first time in school’s history that the team came in first.

The competition featured 250 teams from across the region.

This year, the school’s cheerleaders are being coached by Abbi Stitt, a Fairland graduate and Morehead State University cheerleader, and Carrie Zeberer, a fellow graduate who was a cheerleader at Marshall University. 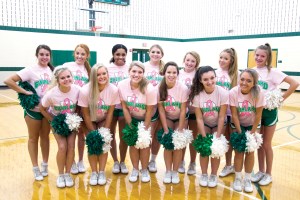 The Fairland High School cheerleaders of 2019-20 are seen in December 2019, a few months before the school last competed in the UCA National High School Cheerleading Championship in Orlando, Florida. Freshman members of that team, Ryan Henry and Kaci Adkins, back row, fifth and sixth from left, are now seniors and captains of the team who will compete at the national level in February. (The Ironton Tribune | Heath Harrison)

“It’s a bid-only event,” Adkins said. “They give you a certain score to get a bid.”

The last time Fairland took part in the national competition was 2020, when the team was coached by Shawna Leep, a teacher at Fairland West Elementary School.

Adkins’ daughter, Kaci, and Ryan Henry were freshmen on that team. They are now seniors and captains of this year’s team.

The national competition will feature 35 teams from across the U.S., taking part in semifinals and finals.

As the team prepares for the trip and the big event, they will be organizing fundraisers, including a gift-wrapping event at the Huntington Mall and a mini cheer camp.