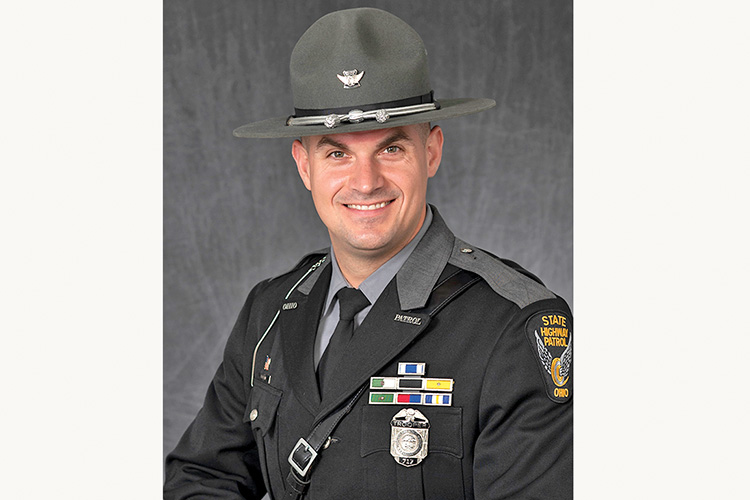 U.S. Army vet has been with state patrol since 2015

IRONTON — Ohio State Highway Patrol Trooper Michael Martin has been selected as the 2022 Trooper of the Year for the Ironton Post.

The selection of Martin is in recognition of his outstanding service throughout 2022 at the Ironton Post.

Martin was selected for the award by his peers based on his leadership abilities, professional ethics, courteous treatment of others, enthusiastic work attitude, and cooperation with supervisors, peers, and the public.

Martin is now in contention for the District Trooper of the Year Award.

Martin Joined the Ohio State Highway Patrol in 2015 and was assigned to the Lebanon Post until he transferred to the Ironton Post in 2017.

Martin is a graduate of Minford High School.

He served in the U.S. Army from 2010 through 2015 and was deployed in Operation Enduring Freedom.