From wish to reality 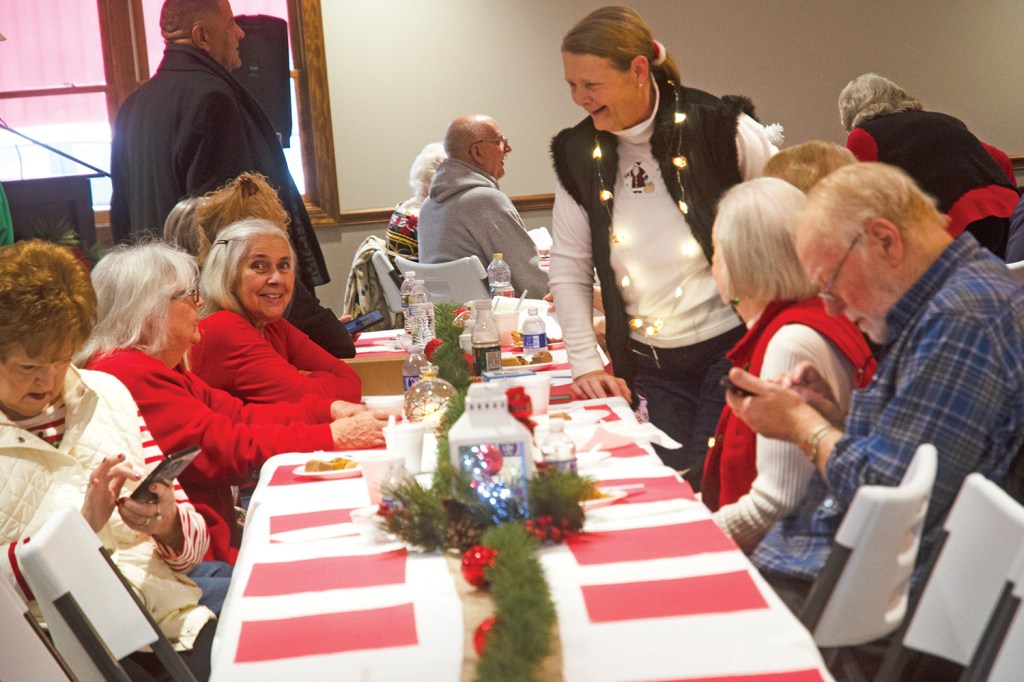 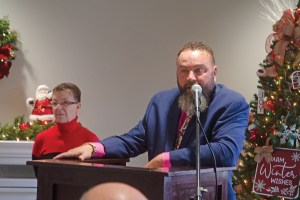 ROME TOWNSHIP — Lawrence County Commissioner Freddie Hayes Jr. said the need for a new senior center for the county was something he became aware of when he first ran for his office 12 years ago.

“Darlene Green said, ‘We need a center,’” Hayes recalled when we were approached by the director of the Sybene-Chesapeake Senior Center.

The seniors eventually ended up with a home in a modular unit outside of the Chesapeake Community Center, but they quickly outgrew it, having to host their popular monthly luncheons at First Baptist Church in Proctorville, while the social distancing requirements for the COVID-19 pandemic made activities impossible in the small center.

Hayes said that Thursday’s ribbon cutting of the new Lawrence County Senior Center in Rome Township was the result of “a 12-year project.”

Hayes, along with Commissioner Deanna Holliday and the late Commissioner Bill Pratt, approached then State Rep. Ryan Smith in order to get the Ohio General Assembly to set aside $1 million in funds from the capital bill for construction of the new building at the Lawrence County Fairgrounds.

The funds were approved four years ago, but, because of delays due to COVID-19, the construction did not begin until this year.

“A lot of people didn’t think it would be built,” Hayes said. “I made a promise and I think I delivered.”

The larger space will allow the seniors to seat up to 200 people for events, and they had a packed house on Thursday for the grand opening, which also served as a holiday luncheon featuring Santa Claus.

“We’ll be able to provide lunches and have other activities,” Hayes said, noting that the building will be open on Mondays, Wednesdays and Fridays from 10 a.m.-1 p.m. He said the building will also be available for rent.

“It feels absolutely wonderful,” Hayes said of the opening. “It’s a great day for Lawrence County. We are blessed by God to have this.”

Hayes said, though the facility is located in the eastern end of the county and houses the former Sybene-Chesapeake Senior Center, it is open to all.

Hayes, who will be leaving office with the year’s end, said he is looking forward to “the next chapter” of his life, in which he will serve as coordinator for the new senior center.

“I promise this will be the best senior center in the state,” he said. “There are no better people in the world than these seniors.”

The project coordinator for the construction of the facility was Jeremy Clay, while John Mullin served as contractor.

“It was a good partnership,” Mullins said. “This is one to take pride in.”

Clay said it was an “extremely rewarding project” for the Lawrence County Economic Development Corporation and thanked Green for her input in the process.

Green said she wanted to thank Hayes and all officials who worked to make the center a reality, as well as the senior center’s committee for all of their work.

“We are so proud,” she said. “And you should be proud. This is your building, not ours.”

Green told the crowd she was looking forward to “get to know every one of you.”

Also speaking at the event was Lawrence County Common Pleas Judge Andy Ballard, who led the prayer and pledge of allegiance for the event.

“This is breathtaking,” Ballard said. “I couldn’t be happier for those involved.”

The senior center will host regular events, such as their monthly luncheons, while the next holiday activity they have planned is a Senior Heart Dance for February.