Lewis was first and foremost a gentleman

Herb Lewis can be defined in two words: Christian gentleman.

The 93-year-old Lewis is currently resting in a hospice and I can’t help but to think of every time I’ve talked with him and regardless of the subject or situation, he was always kind, soft-spoken, steadfast in his beliefs, and just a pleasure to engage in conversation. 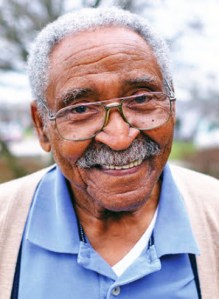 And there is a lot more to his personality.

Herb’s sports hero was the heavyweight champion box Joe “The Brown Bomber” Lewis. His admiration influenced him to take up boxing and he won the Northwestern Golden Gloves championship.

It was his boxing career that caused him to use an alias when he played for the semi-pro Ironton Bengals football team during their existence from 1948-49.

Herb went by the name Harold to avoid any problem with his amateur status since he was being paid $20 or $30 a game which would be the equivalent of $246 to $369 today.

An outstanding running back for Ironton and then later the Bengals, Herb’s love of football was passed on through his sons and grandsons with several of them becoming outstanding players in their own right.

I used to joke with Herb that he was “The Father of Ironton Running Backs.” He would always just grin.

Although being a good athlete was a wonderful skill, Herb said the greatest skill someone needs is actually three: reading, writing and arithmetic.

But the biggest thing in Herb’s life was God. He always told his family and anyone who would listen that the best thing they can do is serve the Lord.

When I think of Herb Lewis, I think of a good Christian man, a good husband, a good father, a good athlete, a good friend and a good person.

And one more thing: a gentleman.

Jim Waker is sports editor emeritus of The Ironton Tribune.