PHILADELPHIA — Put those parade plans on hold, New York. The Phillies are coming back.

Desperate to hang onto their World Series title and hounded by the Yankees to the very last swing, Philadelphia somehow held on for an 8-6 win Monday night in Game 5.

Ahead 8-2, the Phillies watched New York score three times in the eighth inning and put its first two batters on in the ninth. Derek Jeter grounded into a run-scoring double play, but the fans on their feet couldn’t exhale until Mark Teixeira struck out as the tying run.

Game 6 will be played Wednesday night at Yankee Stadium, with New York’s Andy Pettite going on short rest against Pedro Martinez. The Series hasn’t gone this far since 2003.

“We had to do it,” Phillies shortstop Jimmy Rollins said. “We didn’t have a choice. It was either go home and watch football and college basketball or extend the season.”

Utley hit a go-ahead, three-run homer in the first inning off A.J. Burnett and added a solo shot in the seventh to join Reggie Jackson as the only players to hit five home runs in a single World Series.

Philadelphia replicated its winning formula from the opener, when Utley hit two solo homers and Lee pitched a six-hitter. Raul Ibanez set off fireworks from the Liberty Bell one last time, adding a second solo shot in the seventh off Phil Coke that made it 8-2.

Lee gave up a run-scoring single to Alex Rodriguez in the first inning but settled in until A-Rod chased him with a two-run double in the eighth. Robinson Cano drove in Rodriguez with a sacrifice fly that cut the deficit to 8-5, and New York gave Philadelphia a scare when Jorge Posada doubled and Hideki Matsui singled at the start of the ninth against Ryan Madson.

Jeter hit into the double play, Johnny Damon singled and Madson struck out the slumping Teixeira for the save.

“We have a lot of heart on this team,” Utley said.

The Yankees, who have won the Series all eight previous times they took a 3-1 lead, will try to close out title No. 27 on Wednesday night at home.

“If we would have pitched today, we probably would have won,” Yankees manager Joe Girardi said. “That’s the bottom line.”

Pitching on short rest didn’t work well for Burnett, who had been 4-0 previously in his career on three days’ off and kept the Phillies off balance in Game 2. He kept falling behind batters and allowed six runs, four hits and four walks in two-plus innings, his shortest start since his first outing in 2007.

It marked the first time in 14 postseason games this year that a Yankees starter failed to pitch at least six innings.

In a matchup of starters from Arkansas, Lee allowed five runs and seven hits in seven-plus innings. He is 4-0 with a 1.56 ERA in five postseason starts.

Philadelphia ended baseball’s record streak of five straight Series that ended in sweeps or five games, ensuring at least one more telecast in a matchup between big-market teams that has revived baseball’s ratings. The Phillies still face a tall task: The Yankees lost three in a row just twice after the All-Star break and dropped consecutive home games only once after mid-June.

Just six of 43 teams facing 3-1 Series deficits have gone on to win the title, including five in a row since Kansas City rallied past St. Louis in 1985.

But Pettitte and CC Sabathia, the Yankees’ Game 7 starter, will be pitching on short rest — Pettitte for the first time this year and Sabathia for the third time in the postseason.

If the Phillies come back to become the first NL team to win consecutive Series titles since the 1975-76 Cincinnati Reds, Yankees manager Joe Girardi will be widely second-guessed for his pitching decisions. No Series champion has gone the entire postseason with just three starters since the 1991 Minnesota Twins — when there were just two rounds of playoffs.

New York will be without center fielder Melky Cabrera for the rest of the Series. Cabrera strained his left hamstring in Game 4 and was replaced on the roster by backup infielder Ramiro Pena as Brett Gardner took over in center field.

Philadelphia received a scare when center fielder Shane Victorino was hit with a pitch while squaring to bunt in the first inning. X-rays were negative but the finger swelled and he left after seven innings.

While the Phillies have outhomered the Yankees 10-5 in the Series, Ryan Howard is suffering a power outage. He went 0 for 2 with two walks and two strikeouts and is hitting .158 (3 for 19) with 12 strikeouts, tying the Series record set by Kansas City’s Willie Wilson in 1980.

New York scored in the first inning for the second straight game. Damon singled to left-center and came home when Rodriguez doubled into the right-field corner with two outs. It was his franchise record 16th RBI of the postseason.

It took just eight pitches for Burnett to give up the lead, giving Phillies fans reason to wave those white rally towels.

Rollins singled up the middle on the sixth pitch of his at-bat and, with Rollins running, Victorino squared and was hit in the hand by a pitch. Utley put the next pitch into the right-field seats.

“Chase, when he gets hot, definitely he can get hot and stay hot for a month or two,” Phillies manager Charlie Manuel said.

Burnett got in more trouble in the third, when he walked Utley and Ryan Howard, then gave up run-scoring singles to Jayson Werth and Raul Ibanez that put Philadelphia ahead 5-1 and finished Burnett’s night. Carlos Ruiz added an RBI grounder against David Robertson.

New York made it 6-2 in the fifth, helped by a strange decision by Howard. Pinch-hitter Eric Hinske — who homered for the Phillies in last year’s Series — walked with one out and took third on Jeter’s single. Damon hit a slow roller in front of first and Howard gloved it as Hinske held, then retreated to the bag for the putout as Hinske scored.

NOTES: Hinske appeared for Boston in the 2007 Series and joined Don Baylor (1986-88) as the only players to appear in three straight Series with three different teams. 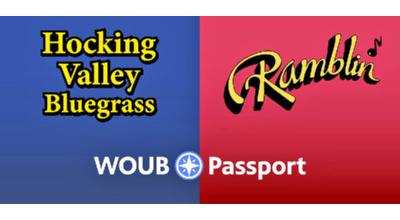