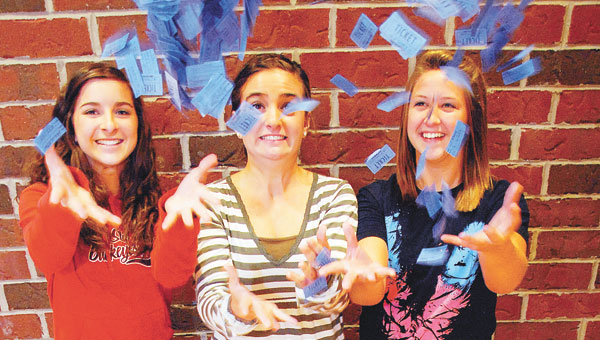 This year’s junior prom at Ironton High School is sure to be a success thanks to the profits raised from the junior class raffle.

All of the $1,920 raised will go towards the cost of decorating and catering the junior prom.

“I would like to thank the Schweickarts for their continued support to Ironton High School,” said Gagai. “They are always willing to help our students whether it is donating to our athletic program or our Tiger Incentive Program. Their generosity is greatly appreciated.” 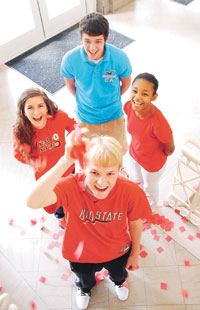 IHS Junior Class President Levi Runyon, surrounded by class officers Morgan Weisgarber, left, Nolan Johnson, behind, and Johnna Seward, right, catches the winning ticket for the Ohio State vs. Indiana game that the class raffled off to raise money for their junior prom.

The Spanish Club raffled off a fall wreath from Weber’s Florist.

Their Spanish teacher, Carissa Weber, said that the club raised more than $600.

“It allows us to pay for Thanksgiving baskets we do in the fall,” said Weber.

She said the baskets are delivered to needy students in the area.

The club also joins with the Lawrence County Chamber of Commerce to buy Christmas presents for needy children in the county.

HUNTINGTON — The hills of the Ritter Park Amphitheater will be alive with the eclectic sounds of live music for... read more