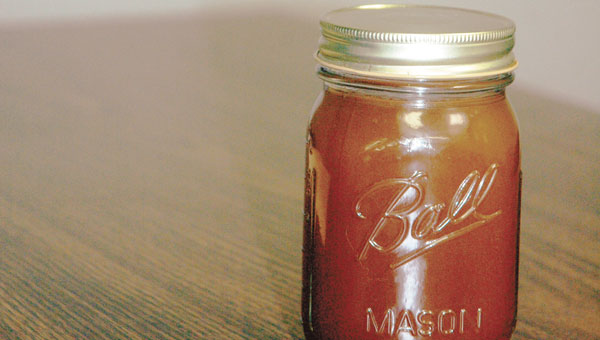 Coal Grove residents are upset with their water quality that includes a brown buildup in the water from iron manganese caused by the iron water lines. When the water is turned off and back on as it was last week, the water runs through the iron pipes, causing it to turn a rusty color.

While the Village of Coal Grove considers a new user fee for water upgrades, at least one resident said she would gladly pay the increase — if her water would improve.

“I’d pay more for better water, but we’ve paid more and paid more and it doesn’t improve none,” said Tonya Compliment, a resident of Cherry Street.

At the last meeting of the village council, members heard the first reading of an ordinance that would add a $5 fee to residents’ utility bills. The fee would be used to pay back an EPA loan to fix water lines and make water plan upgrades. Sixty percent of the $490,000 loan would be paid back over a 30-year period with 2 percent interest. The other 40 percent is a grant.

Compliment brought to The Tribune a mason jar full of tap water from her house. The water, a brown color, was collected in her home Sept. 29, following a water main break and subsequent boil-water advisory in the village. She had let the water run for a half hour, she said.

“I realize I’m at the end of the (water) line and I will get the bulk of the bad stuff, like I say, it’s just aggravating,” she said.

That brown buildup in the water is iron manganese caused by the iron water lines, Kevin Markins, water plant operator, explained. When the water is turned off and back on as it was last week, the water runs through the iron pipes, causing it to turn a rusty color.

The water lines are more than 100 years old and need replaced, he said.

Markins said the village has had six boil water advisories in the past year, which is much better than some places.

When the water lines get murky, which is typically after a water main break, the only thing to do is run the water until it gets clear, he said.

Village workers typically open the flush hydrants to remove the rusty water, but not every line has one.

The village recently replaced one of its wells and installed several flush hydrants and cutoff valves, which have helped with the problem, Markins said.

“This situation with the iron was a lot worse in the 80s,” he said. “Now, even though you see the black water, it has improved.”

Compliment said her family goes through coffeepots every three or four months because of buildup caused by the water. The water has also ruined loads of laundry on occasion.

“I think sometimes people don’t believe it when we say how bad our water is,” she said.

The only way to fix the problem, Markins said, is to move forward with the fee and get the upgrades.

“If you want it to improve, we’ve got to come up with the money,” he said.