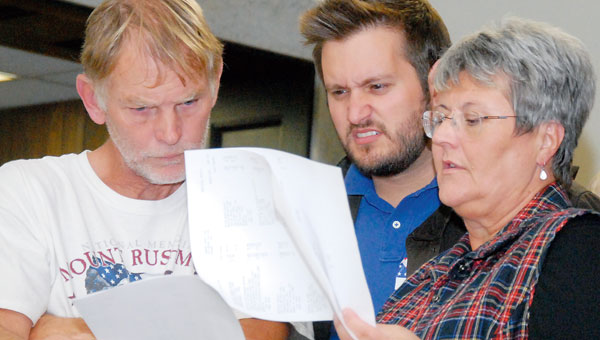 The City of Ironton will have the funds to maintain the floodwall for the next few years. The Ironton flood levy passed Tuesday with a 2,015 to 1,139 vote.

The levy supports the upkeep of the city’s approximately six miles of floodwall and pays the salaries of two workers who maintain the city’s pump stations. It also pays for the equipment used in the wall’s upkeep.

“I think it’s outstanding,” Mayor Rich Blankenship said of the levy’s renewal. “It’s very important to the City of Ironton. I think the people of Ironton know the importance of that flood levy and it should be passed. We’ve got to keep that going. I’m pleased that the people acknowledge that and realize the significance of that levy.”

Tuesday’s vote renewed the levy for another five years. The levy generates $113,900 each year.

There will be a doctor in the House. Dr. Terry Johnson, Republican candidate, will be the next state representative for... read more