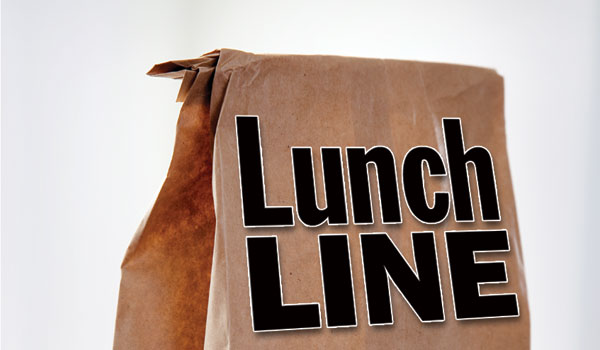 Ironton Schools have taken a strict approach with students who have delinquent lunch accounts. -- Tribune illustration

Starting Monday, any Ironton school district student with a lunch account balance of more than $10 will not be permitted to charge a hot lunch from the cafeteria.

The students will be permitted to have a single peanut butter and jelly sandwich to eat and a milk to drink, but the parents will be charged $1.75, This is according to an e-mail sent to Ironton Elementary school parents on Friday.

“What happened was, my head of the cafeteria came to me and said, ‘Do you realize that some kids owe as much as, or more than, $100 where they have charged lunches?’” said Dean Nance, superintendent of Ironton Schools. Nance said he was unaware some of the bills were that high and decided to have a conference with the high school principal and the cooks to brainstorm how to resolve it.

Nance said the school cook told him some of the students were buying peanut butter bars with their lunch money and charging their lunch.

“I said we need to communicate with parents and set some guidelines,” he said.

Nance said he felt there needed to be a limit on charges, and after that, a sanction, This decision wasn’t made with the school board, but by Nance himself.

Parents of students in Ironton Elementary School received an e-mail from Principal Kimberly Brown stating, in part, “If your child’s account is not up-to-date at the end of next week (Nov. 12), the cafeteria staff is to serve him/her a peanut butter and jelly sandwich and milk only. Please note that they will be charged $1.75 for the meal.”

“I was very disappointed in the way the e-mail was communicated,” Nance said. “I shared that with Principal Brown. I’m not placing blame on her. I didn’t communicate to her and I take responsibility for not communicating to her personally. I wouldn’t have let that e-mail go out the way it was written.”

“I was trying to open communication, but the way it was worded seemed to be unappreciative of the community, and that is the furthest from my mind,” Nance said.

Nance said his hope is that the action doesn’t have to be taken, and that during this week, parents will be informed of what they owe and if they need assistance paying for lunch, the appropriate paperwork will be completed to see if they qualify for free or reduced cost lunches.

“My intentions were to never serve peanut butter and milk, but to get communications from parents who have never contacted us back. I don’t foresee serving this huge group of kids peanut butter and jelly and milk. But if you have one that’s persistent, maybe it would entice the parent to come in.”

Nance said the money to cover those unpaid lunches would have to come from the general fund, which would take away from money used for textbooks and other essential items, and he feels that isn’t being fair to other students.

“First and foremost, we don’t want them to go without eating, but at the same time we want them to pay for what they eat,” said Bill Dressel, federal programs coordinator.

Dressel said by allowing students to get by with this, it is sending a message that charging things and not paying for them is OK. Dressel said he feels as if this is becoming a problem.

Sharon Hackworth, Ironton cafeteria supervisor, said the state allows that, if a child doesn’t pay for his or her lunch, they can be given a peanut butter and jelly sandwich and milk.

“You have to have three components to be considered a lunch — a bread, the peanut butter would be the protein, and milk would be the third,” she said.

Angela Taylor, a parent of children in the Ironton school district, doesn’t approve of the plan.

“How can they classify that as a meal if it is just a peanut butter sandwich and milk? If they’re just getting a sandwich, how are they going to excel at school? It’s not their fault,” Taylor said.

“It’s the parents’ responsibility. There are some kids where that’s the only meal that child gets and that’s just going to be a sandwich,” she said.

While Taylor realizes that some students might be wasting their lunch money and charging their food, she doesn’t think it is fair for those who really don’t have the money.

“A peanut butter and jelly sandwich will not get a child through the day,” Taylor said.

County hopes to make a million