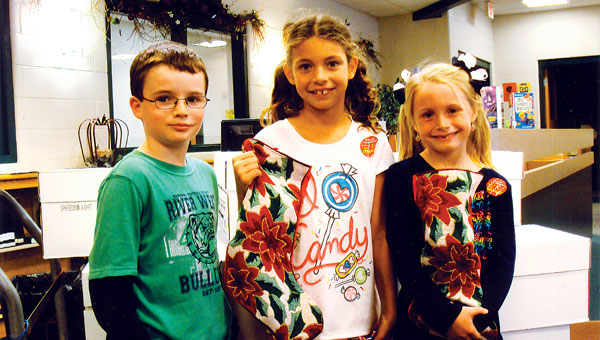 PROCTORVILLE — The Proctorville Woman’s Club recently concluded its collection of stocking items for soldiers overseas. With the assistance of the Fairland Local School District the club was able to fill 250 stockings for the soldiers with many extra items.

This is the fifth year that the club has participated in the drive for stockings for soldiers as part of Boatsie’s Boxes. Boatsie’s Boxes is a non-profit organization based out of Wheeling, W.Va., dedicated to supporting the troops overseas.

The project started with a goal of filling 60 stockings. But with the help from the Fairland staff and students that first year the club was able to fill 100 stockings.

Last year the club shipped 225 stockings and boxes of extras with an estimated value of $10,000 to Boatsie’s Boxes. 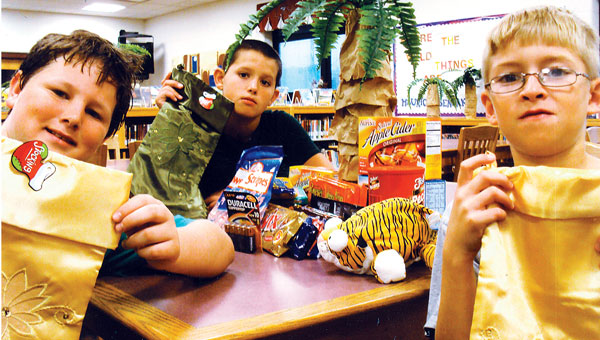 Chase Fisher, Chad McComas and Jace VonVille, all from the fifth grade class, hold some of the items collected for the stockings for the soldiers.

‘Dancing with the Tri-State Stars’ set for Nov. 20