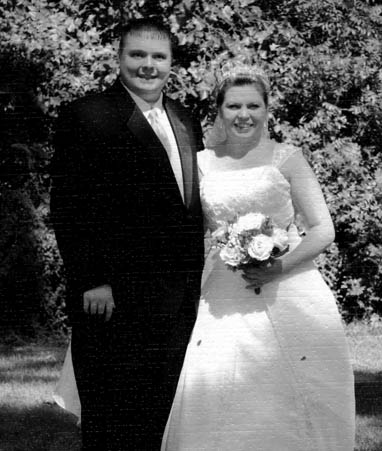 On Aug. 28, Natasha Dawn Gorby and Brandon Lee Massie were united in marriage by Paul Bartram. The ceremony took place at Lawrence Furnace Church on State Route 93. Family and friends attended and were escorted to their seats by Daniel, Scott, Carmen and Erie Shope.

Natasha was escorted to the groom by her father Teddy Payne. Her maids of honor were Erica Moehring and Keturah Adkins. The flower girl was Jaydon Adkins. The ring barrier was Braxton Massie. Brandon’s best man was Cody Massie and Bart Collingsworth.

Brandon is the son of Jerry Jr. and Kris Massie of Ironton. He is the grandson of Jerry Sr. and Hilda Massie of Pedro and Lloyd and late Wanda Carmen of Pedro.

A reception followed the ceremony at the church. After a honeymoon trip to Pigeon Forge, Tenn. The couple now reside in Proctorville.

On Aug. 14, 2010, Amy Sue Layne and Brandon Wayne Kellogg were united in marriage by Denny Hankins. The ceremony... read more