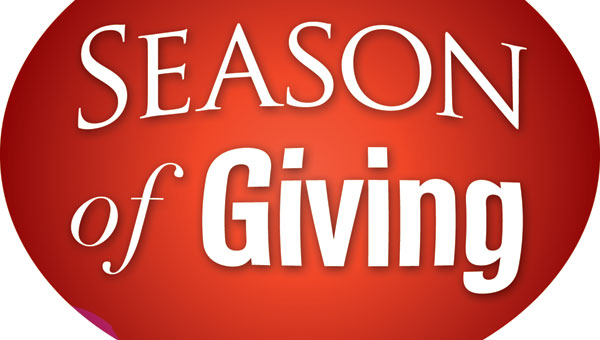 Anyone who wants to help the Secret Santa project can do so by sending their checks of any amount they wish made out to the LEDC Secret Santa and sent to the Lawrence County Chamber of Commerce office, P.O. Box 488, South Point, OH 45680.

Louise has always been the kind of person who believes in helping out family. That’s why when a relative was unable to take care of her children, Louise stepped in.

However at the same time Louise’s husband found out his hours were going to be cut.

That means Louise will now have to reach out to those who are helping out others this Christmas season.

She is hoping the Secret Santa program of the Young Professionals will help her out during these tough economic times. If she had her choice, she would rather not have to ask for help.

“My dad worked all the time and so did my mom,” Louise said. “They helped the way that I am now. My mom took me to church. You just don’t get something just for asking. Sometimes you have to work for it.”

This will be the second year that the Secret Santa program will supply toys and warm clothing for children birth to 12 years old.

“We do more clothes, coats and shoes than toys,” Casey Baker of the Young Professionals has said. “That is our number one concern, making sure kids have what they need. If we have money we buy toys.”

Louise always likes to stay optimistic and sees the bad economy as a chance to grow.

“It is kind of a mixed blessing,” she said. “I never got everything I wanted when I was growing up because back then times were just as hard moneywise. I let my kids know it is not how many toys you get for Christmas. It is about the birth of Jesus.”

Louise is so grateful to all in the community who help out the Secret Santa program, whether it is volunteering to shop or wrap gifts or to give much needed money.

“If they can afford to just put in five dollars,” Louise said. “If everybody would just give five dollars. There are kids who are going to be homeless, who have absolutely nothing for Christmas. This will put a smile on their faces.”

Wanting to help out the Secret Santa program is why Louise decided to share her story. She is a Lawrence County resident, but we have changed her name to protect her privacy. These stories are about the Season of Giving series The Tribune is publishing.

Anyone who wants to help the Secret Santa project can do so by sending their checks of any amount they wish made out to the LEDC Secret Santa and sent to the Lawrence County Chamber of Commerce office, P.O. Box 488, South Point, OH 45680.

Or they can also help out by sponsoring some children by contacting Baker at 304-691-8410 or emailing at lcypgroup@gmail.com.

Marilyn Thornton Schraff, a Lawrence County native, has written a book about her upbringing in Kitts Hill and Ironton, and... read more