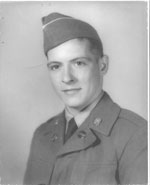 Donald served as Corporal in the U.S. Army’s 77th Field Artillery during the Korean Conflict. He retired from Columbia Gas of Ohio.

Viewing will be at 1 p.m. Tuesday at Jagers Funeral Home in Athens. Service to follow.