Ironton In Bloom looking toward spring 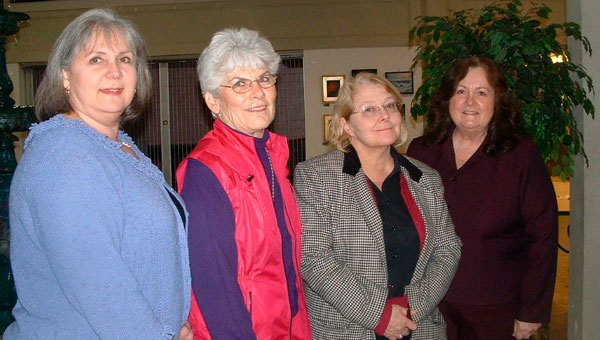 Ironton In Bloom recently met to organize for 2011. The civic beautification organization is focused on making the city appealing to visitors and residents alike. Committees were appointed and officers were elected in January. Pictured are, from left to right: Juanita Dalton and Carol Allen, co-chairs; Marie Oakes, secretary; and Cindy Caskey, treasurer.

The Ironton In Bloom organization does not rest these winter months. As a matter of fact, winter is its busiest time.

The downtown floral displays have to be chosen so that growers can start seedlings to be ready in time for spring pots and hanging baskets in mid-May.

Since IIB is a self-supporting group, it must come up with fundraising strategies to raise the approximately $40,000 it takes each year to pay for the downtown flowers and their maintenance throughout the hot summer months.

Free planting, recycling, and anti-littering programs for both schools and adults are being planned as well.

Committees were appointed and officers were elected in January.

Juanita Dalton and Carol Allen were elected co-chairs. Marie Oakes, was named secretary. Cindy Caskey was named treasurer. Caskey reports individual donations are starting to come in, and the group hopes that the business community will increase its involvement and support, since the group shares the goal of economic development with Ironton business owners.

Technologically speaking, we’ve come a long way baby. This was driven home recently when I was shopping for birthday presents... read more