Board of Elections chair plans retirement 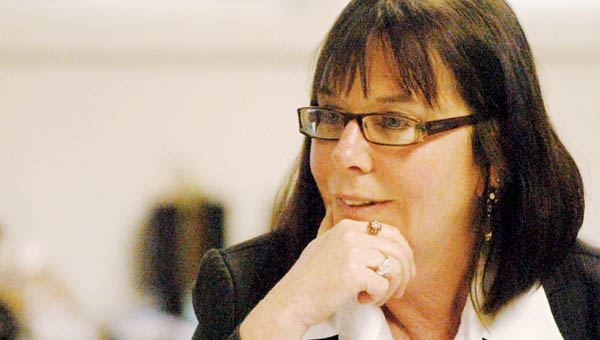 Karen Matney Simmons, Lawrence County Board of Elections chair, will be stepping down from her position effective March 31.

The longtime chairwoman of the Lawrence County Board of Elections is stepping down.

Karen Matney Simmons has announced that she will retire from the board effective March 31.

Simmons made her decision known by first talking with Democratic party chair Craig Allen, then sending out letters to members of the party’s central committee.

“She has time in to get a pension and decided to take it,” Allen said. “I think she has done an outstanding job and we are going to miss her as a board member.”

The board, made up of two representatives from the two main political parties, supervises and conducts all public elections in the county. It meets once a month. Each of the four members receives an annual stipend of $5,760 and health insurance.

The central committee of each party recommends two members to the board to the secretary of state, who makes the final appointments.

The Democratic central committee has 15 days after the vacancy to meet and make a recommendation to the secretary on Matney’s replacement.

Allen anticipates setting the meeting date in the next two weeks.

Cathy Overbeck took over as board of elections director after Matney became board chair.

“She is fantastic,” Overbeck said. “She is not of my party, but she has been great to work with.”

Calls made to Matney were not returned by press time.

BURLINGTON — Expanding the veterans monument project is on the top of the agenda for the Concerned Citizens of Burlington... read more