Mayor reflects on time in office 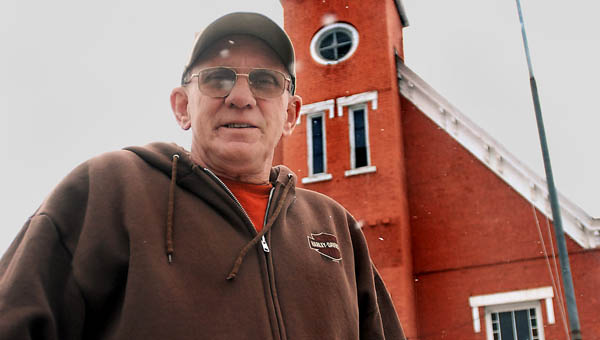 PROCTORVILLE — About four years ago, Charles Stapleton, known by many as Sam, became mayor of his home village of Proctorville with one goal in mind: Make it a better place to live.

Recently Stapleton made the decision that for health reasons he would not seek a second term. Now as he looks back on his time as the political leader of Proctorville, Stapleton believes he met that challenge he set for himself.

When Stapleton came into office, his top priority was to address the problem of the absentee landlords, which left the village dotted with dilapidated, rundown houses. With Stapleton reaching out to the Ironton-Lawrence County Community Action Organization slowly those eyesores are going away.

“We cleaned the village up,” he said. “We got these old houses torn down. Two were torn down and three will be this spring. The most important thing is to have a clean community. I will put Proctorville against any other as the cleanest.”

Stapleton, an Air Force career man and postal service retiree, had served on village council off and on for 10 years before he won the mayor post in the November 2007 election.

Getting an ordinance passed through the village council that prevents garbage trucks from starting their runs at inappropriate times is another accomplishment Stapleton cites as part of his legacy.

“Keeping these garbage trucks from coming in in the middle of the night and waking people up, I put a stop to that,” he said. “If they came in before seven o’clock, I gave them a ticket.”

Stapleton also worked to make sure on-duty police officers stay in the village during their shifts, he said.

“They don’t leave the city limits unless they are taking someone to jail or an officer is down,” he said. “They are hired to protect the village of Proctorville and not to protect Lawrence County.”

The mayor also is proud of his working relationship with the Union Township Trustees.

“I appreciate that,” he said.

Stapleton expects the fall campaign for his job to be spirited with a number seeking to become the new mayor. Right now Bill Elliott, a Lawrence County Emergency Medical Services paramedic, is the only potential candidate. Elliott picked up petitions last week from the county board of elections.

“We got a lot done,” Stapleton said. “I enjoyed the people of Proctorville. They really helped me. I appreciate all the faith the village people put in me.”

Lawrence County Engineer Doug Cade at the start of his term. With a couple of ficus plants from home and... read more