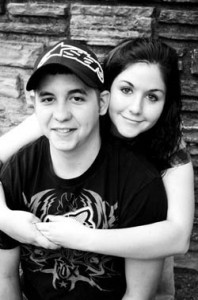 Brittany McFarland, the daughter of Kathi and the late Charles “Chuck’ McFarland of Deering, and Arthur “Lesley” Bryant, son of Reba and Arthur Bryant III of Deering, will be married on Sept. 10.

Brittany is the granddaughter of Wilma and Rodney McFarland and Wilma “Pickle” and the late Homer Webb, all of Deering.

She is a 2010 graduate of Dawson-Bryant High School and is attending Ohio University Southern for middle childhood education with a concentration in language arts and social studies. She is a student worker in the nursing department at OUS.

Arthur is the grandson of Ruth and Arthur “Dunie” Bryant Jr. and Rita and the late Walter Jenkins, all of Deering.

He is a 2006 graduate of Dawson-Bryant High School and is attending Collins Career Center for welding technology. He is employed at Engines Inc.

Carol M. and Lawrence M. Bogacz, of Martinsburg, W.Va., would like to announce the engagement of their daughter, Meaghan Miller... read more