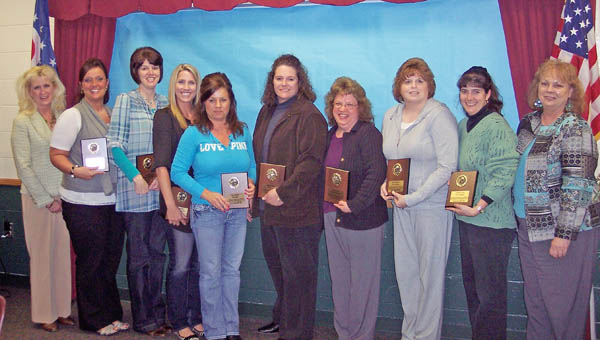 They elected officers for the next school year and closed out business.

As a booster group for the two elementary schools, the PTO has raised thousands of dollars. The funds are used to supplement programs for the children.

One of the projects sponsored this year were T-shirts for all of the students at Fairland West. The school has developed a fitness and wellness program. The program is a year-long effort to get kids moving and eating healthier.

The school nurse and physical education teacher in cooperation with the PTO sponsor “Fun Fitness Fridays” periodically throughout the year.

The Fairland District celebrated its designation by the Ohio Department of Education as a School of Excellence. The PTO helped with the festivities and provided ice cream, cake and pop for all the students after the ceremony. The PTO rented inflatables for all the kids at the East and West schools.

Marty Appleton, Fairland school board member, presented the new slate of officers for 2011-2012 and thanked the officers for volunteering in the school district.

Teresa Johnson, Principal of Fairland West, presented plaques to the officers to thank them for their service to the children of the Fairland School District.