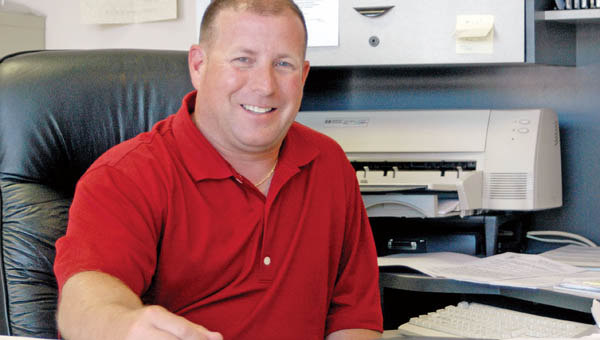 Contractors may notice a new face in the building and code enforcement department of the City of Ironton.

John Willis has recently taken over as the city’s new building and code enforcement officer. He replaced Karl Wentz, who retired approximately two weeks ago.

The Ironton native was appointed by Mayor Rich Blankenship and approved with a 4-0 vote of the Ironton City Council during its meeting April 28.

“This is my go in public service,” Willis said. “I come from more a chemical engineering background.”

Willis previously worked as a project manager and site superintendent for the city’s manhole replacement portion of the sanitary sewer project and had been unemployed for the past few months since the crew was downsized, he said.

Before that, he spent 16 years working for Aristech/Sunoco Chemical.

“It’s going to be a huge learning curve,” Willis said of his new job. “Without the ability to be mentored or be able to shadow an individual who was doing this job, it’s going to take some time to learn the codes and procedures.”

As summer approaches, Willis anticipates having plenty to do when construction projects start up for the season.

“As soon as the rain stops, and everything, I’m sure we’re going to see a lot of permitting going on for all kinds of construction, remodeling and demolition,” he said.

One of the main goals for his new job, Willis said, is continuing the demolition of dilapidated structures in the city.

“On the big picture, we’ve got to make Ironton look presentable to be able to market it in a positive light,” Willis said.

He added that dilapidated buildings are a problem for many river towns, not just Ironton. Many of those towns, like Ironton, are working towards cleaning up the buildings to make the cities more marketable.

Willis said he looks forward to working with contractors.

“I hope that we can all work well together,” Willis said.

Cincinnati pitcher Travis Wood hit a three-run homer Monday to give the Reds a 3-0 lead early over the Houston... read more