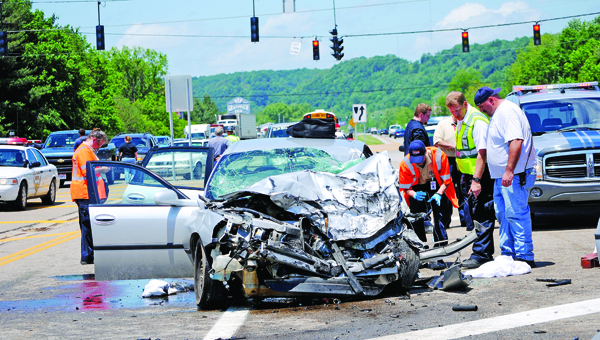 PERRY TOWNSHIP — One person was injured in an accident on U.S. 52 near Delta Lane Monday afternoon.

Robert Thompson Jr., 29, of Ironton was eastbound on U.S. 52 when his silver Chevrolet Impala drifted left across the paved median into the westbound lanes of the highway and struck the trailer tires of a semi tractor trailer. He was taken by helicopter to Cabell Huntington Hospital in Huntington, W.Va., His condition was not available as of press time.

The driver of the semi, Michael Lanning, 46, of Charlotte, N.C., was not injured. There were no other vehicles involved in the crash, which occurred shortly before 1 p.m.

The accident hindered traffic for several hours. The crash remains under investigation.

The rains came quick and hard, leaving a multimillion-dollar price tag in repairs and cleanup for the county. County Engineer... read more