Pushing color to the limits 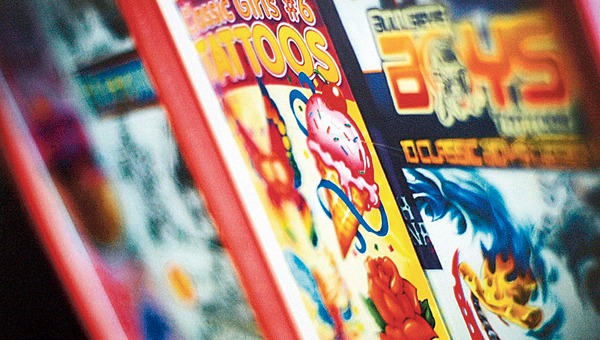 PROCTORVILLE — Art photographer J. Bird Cremeans searches for subjects in places most people wouldn’t imagine. Now she has combined those photographs into the current show at the Ohio University Southern Proctorville Center.

“It is bringing the outside in,” Cremeans said. “It is pictures of outside things. Not a lot of nature photography. The rest is in tombs in big cemeteries. Some statues. There’s a few pictures of abandoned places. I like going to abandoned hospitals and warehouses.”

And it’s not pure realism that Cremeans goes after. She is driven to use color in an extreme fashion in her work.

“I like to use raw format,” she said. “It allows me to push your contrast and colors. To push those colors to the limits. They are very vibrant. Raw format lets you capture color information so it is the true color. They are bleeding off the page.”

Cremeans, a native of Huntington, W.Va., trained at the Art Institute of Pittsburgh, originally wanting to study graphic design. However after instructors saw her drawing portfolio, Cremeans was steered into the institute’s animation program.

“A lot of time I was into video games and it is so much fun bringing your own drawing to life,” she said. 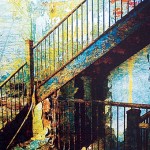 After school, she stayed in Pittsburgh, working at a one-hour photo developing shop where the owners introduced her to photography.

“I had always wanted to give photography a try,” she said. “But when it was film, it was still very costly to have a good film camera. Digital was starting to be accepted. It was affordable. I have really liked colors and the owners talked to me about color. What is good color, making sure the sky is the right color. Whites are whites.”

In Pittsburgh she found her subjects walking in the city at night shooting the architectural features of the downtown skyscrapers. From that she realized abandoned structures as subjects that offered her the greatest creativity — graveyards and deserted houses.

“People don’t go (to cemeteries) thinking they are going to have a good time,” she aid. “It is not portrayed that this is beautiful, this is serene. People go there to mourn or to remember. I think to go and take pictures is to show them something different. It is a mini museum with some of those tombs.”

South Point crash remains under investigation PERRY TOWNSHIP — One person was injured in an accident on U.S. 52 near... read more