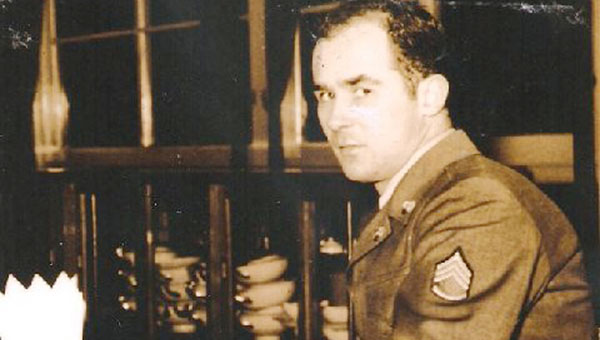 When everyone lines up on the streets of Ironton to watch the Memorial Day Parade today, they will remember those who have served their country past and present.

One former soldier who will be remembered among his family is Ironton’s Vincent Lutz.

Although Lutz died in 1999 at the age of 75, he left behind a resume that is among some of the greatest men to serve their country. He was buried in the Army cemetery at Fort Benning located just southeast of Columbus, Ga.

A lifelong member of the Army, Lutz served in three wars: World War II, the Korean War and Vietnam.

Lutz joined the military at the age of 19 along with his two older brothers, Killian Lutz and John Lutz.

A member of the Air Force, Killian was shot down over Germany and taken as a prisoner of war. When he returned to Ironton, he opened The Welcome Mat printing company in the north end of town.

John’s service was limited during the war when he was stricken with malaria.

Among his other awards were:

Soldiers who served in the European-Africa-Middle Eastern were given the EAME ribbon. Lutz was one of those soldiers to be honored and earned four more service bronze stars.

He was awarded four overseas bars with each bar given for six months of service in a combat zone overseas. He had eight hash marks to signify 32 years of service.

Students from the class of 2011 beam with pride as they get their class photo taken on the steps of... read more