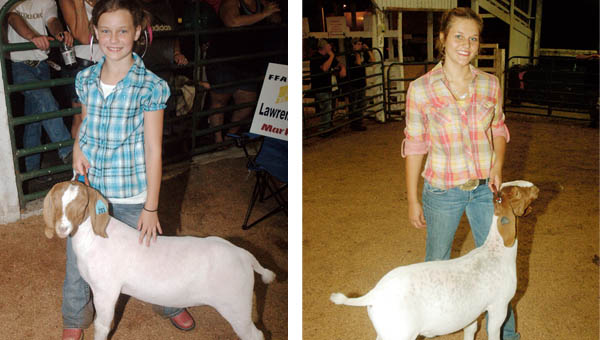 ROME TOWNSHIP — Haley Pancake walked away a winner Monday evening, with a trophy almost as big as she is.

Market goat judge Yvonne Blosser described the winners as “ready to go to sale. Not the biggest, not the tallest but the ones with the most firmness,” she said.

Her selection of Pancake’s goat was met with excitement from Haley’s dad, Donald and grandfather, Ken, who waited together in the arena and let out whoops when the grand champion was announced.

“She’s put a lot of work into this,” Donald Pancake said.

Haley, who has shown goats for only two years, said her secret to a raising a champion is to ”walk it every day and feed it a lot.”

Burcham agreed. “You have to work with them a lot. They have to get used to being handled,” she said.

Blosser, of Defiance County, said a good market goat is solid with a lot of muscling and minimal fat. Is it hard to find an ideal goat? Blosser said no.

“I find one in every show,” she said.

An Upper Township man arrested four years ago after he held his family hostage during a standoff with police has... read more