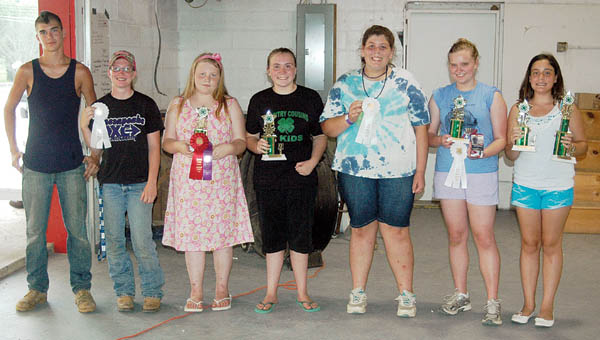 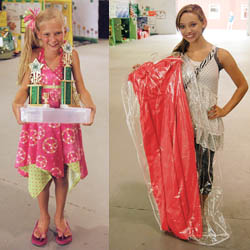 Winners of the style show were Katy Spears for junior overall and Taylor Reber for senior overall.

Reber is a 17-year-old student from Coal Grove who has been participating in the style portion of the fair for the past seven years, she said.

“It helps prepare me for my future,” Reber said the sewing activities.

Katy, a 9-year-old Chesapeake student, won with a pink and green dress she made.

For the style show, contestants are judged based on the fit of the clothes they make as well as the clothing’s fashion and how well it’s made, 4H adviser Lana Hardy said. The contest is judged before the fair. Contestants are also scored according to their answers to interview questions.

ROME TOWNSHIP — For her last year as a 4-Her, Shelby Haas of Kitts Hill was a winner all the... read more