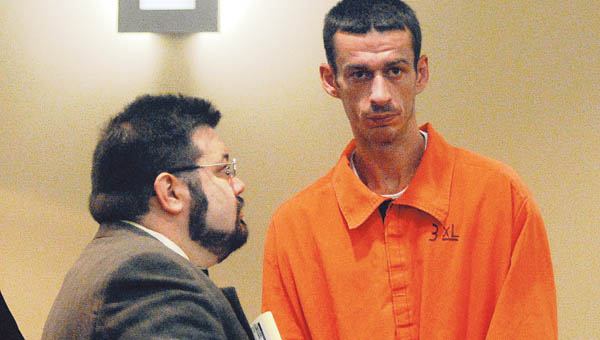 One of three men accused of a Chesapeake burglary and assault was in court Friday morning.

Judge Donald Capper set bond at $300,000. Attorney Luke Styer has been appointed to represent him. Another hearing has been set for Aug. 12.

Mulkey, along with co-defendant Elmer Mills, 36, of Louisa, Ky. is accused of breaking into the home of John and Amanda Carter. Mulkey may also face charges in West Virginia.

Mills is currently housed in the Western Regional Jail. He is charged with aggravated burglary in Lawrence County. He also faces charges in Wayne County, W.Va. Those charges are two counts of grand larceny, armed robbery, daytime burglary, assault during the commission of a felony and wanton endangerment, according to information from the Western Regional Jail. His bond is set at $150,000.

According to the Lawrence County Sheriff’s Office, the Carters were away from their home when they returned to find three men in their house. John Carter confronted the men, at least two of whom assaulted him, according to the sheriff’s office.

According to a report filed by the sheriff’s office, John Carter told a detective that the men tied him up and beat him with firearms.

Both Mulkey and Mills told the detective that they thought they had killed Carter, according to a report. Carter was treated at the scene by Lawrence County EMS, according to the sheriff’s office.

Following a police chase, the two were arrested in Huntington, W.Va. A third suspect has not yet been apprehended.

My youngest road warrior has been strongly politicking for a return journey to Columbus Ohio’s Huntington Park to catch a... read more