Mr. Imes was a 1955 graduate of Ironton High School and was a U.S. Air Force veteran. He was a former salesman for the Dolin Supply Co. in Huntington, W.Va. and a member of the Faith United Nazarene Church in Ironton. He was a member of the Civitan Club and a former Mason. He was a Gideon, a former owner of Culp’s Electric in Pasadena, Calif., and a member of the Lake Avenue Congregation Church also in Pasadena. He loved to paint and belonged to the Ironton Art Club along with several other art clubs and participated in several art contests. 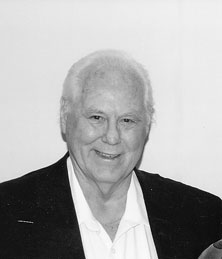 A memorial service will be 11 a.m. Thursday at the Faith United Nazarene Church with Rev. Jean Ratliff officiating. Friends may call Thursday from 10 a.m. until the time of the service at the church. There will be a dinner to follow the service at the Presbyterian Church. There will be a memorial service at a later date in Pasadena. Phillips Funeral Home is in charge of the arrangements. To offer condolences to the family, please visit www.phillipsfuneralhome.net.