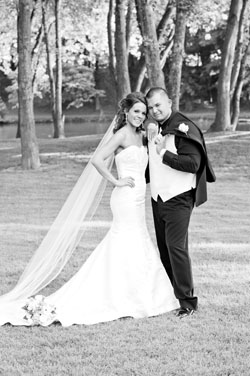 Jennifer Lynne Slaughter and Ryan Keith Klaiber were united in marriage on June 4, 2011, 5:30 p.m. at the River View Bed and Breakfast in Franklin Furnace.

After the wedding, a reception followed at the Cadillac Ranch in Lucasville.

The couple honeymooned at the Four Seasons Massanutten Resort in Virginia and now reside in Ironton.

Tim and Ranita Mullens, of Coal Grove, celebrate 32 years of marriage Aug. 1. They were married in Kissimmee, Fla.... read more