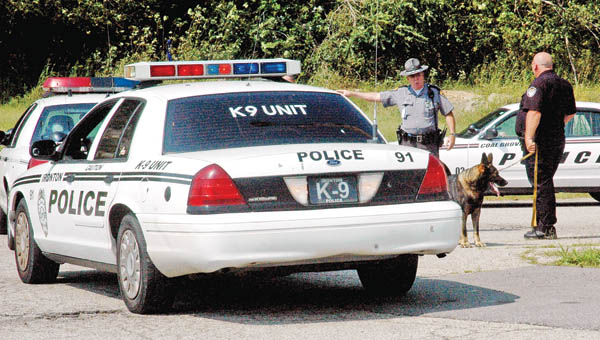 Police search for a man they believe to be Justin McCormack of Louisville, Ky. after he ran following a traffic stop.

A Kentucky man has not been found after police say he ran from officers issuing a traffic citation.

Justin McCormack, of Louisville, was allegedly the passenger in a vehicle that troopers pulled over Tuesday afternoon on U.S. 52 in Coal Grove, said Sgt. J.P. Kisor of the Ohio State Highway Patrol. McCormack, who is wanted for felony theft and burglary, fled. Officers from the highway patrol, Lawrence County Sheriff’s Office, and Ironton and Coal police departments searched for the man in the area of the Cold Spot Carry Out.

He has not been apprehended, Kisor said.

The driver of the vehicle did not flee and was cited for a traffic violation, Kisor said.

A famous founding father, author, politician and inventor will be brought back to life at Ohio University Southern. On Friday,... read more