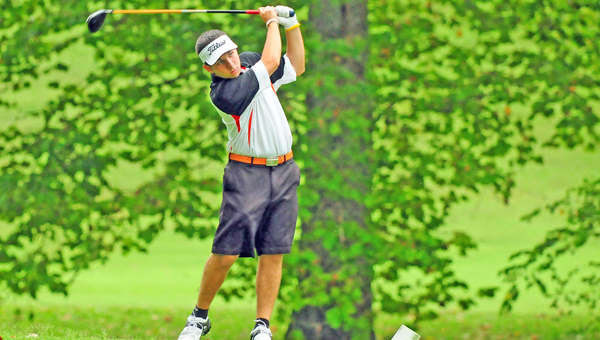 FRIENDSHIP — The Chesapeake Panthers are advancing as a team. Ironton’s Josh Zornes is just advancing.

The Panthers finished second in the Division II sectional golf tournament on Tuesday at Shawnee State Park Golf Course while Zornes qualified for the district tournament as an individual.

The top five teams advance to the district on Wednesday, Oct. 5, in Circleville along with the top five individuals not on a qualifying team.

While Ironton failed to qualify as a team, Zornes was first among the individual qualifiers with an 81 over the par 72 course. Zornes had a 42 on the front nine but came back with a 39 on the second set of nine holes.

Nick Duffield led the Panthers with an 82 while Seth Waggoner shot an 83. Drew Oxley had a 92 and Eric Sias a 94 to complete the four-man scoring.

Ironton’s Jaylen Thornhill and Travis Taylor each finished at 108 and Rhett Ball 112.

Drew Kidd shot a 91 for Rock Hill and missed qualifying individually by one stroke.

Hunter Schenewark had a 94 and Bailey Manns 96 to lead Fairland. Austin Wellman shot a 110 to pace South Point.

Dantonio says MSU knows how to win at Ohio State