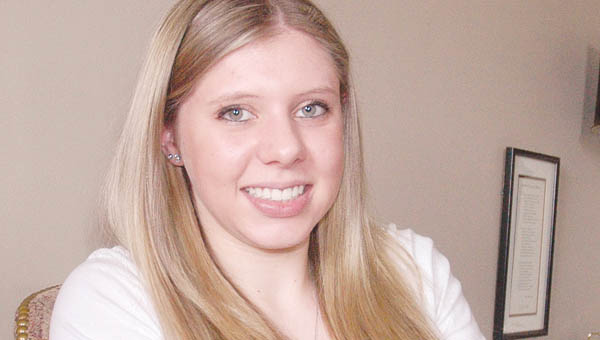 She could have gone to Hawaii with the folks. She came to Ironton on her vacation instead.

Sydney, Australia native Elizabeth “Liz” Lawson is finishing a two-week vacation to Ironton this week, staying at the home of her friends, Rayetta Waldo and family.

Last year, the Waldo home was her home-away-from-home while she spent five months here as an exchange student. She liked Ironton so much that when she left, she told her parents coming back for a visit was high on her priority list. Last week and this, she got her wish.

Lawson signed up for an international student exchange program a little more than a year ago and asked to come to the United States. She was paired up with the Waldo family, who had asked to host a student from another country. Lawson had never heard of Ironton and made an Internet search to see where she was being sent.

The girl from Sydney, population 4.1 million, was being sent to Ironton, population 11,129 according to the 2010 Census.

“I thought a small town wouldn’t be as much fun,” Lawson said. And for the first couple of weeks she was homesick. But once she got her bearings, she found life in small town could be fun, especially the student life at Ironton High School, which is much different from her school life in Sydney. In Sydney, she went to an all-girls school; Ironton is coeducational. Another contrast: at the school in Sydney, Liz had to wear a uniform to school every day. In Ironton, what Liz wore to school every day was her choice.

”I would spend two hours in the morning getting ready,” she mused.

“The classes are a lot easier,” she said. Schools in Sydney require more essays, more writing. The graduation credit system here is unheard of there.

And then there were the people. Lawson found them laid back and likable. It seems small town folks have a charm all their own.

“The kids are really nice,” she said.

She joined the drum line in the Million Dollar Marching Band and began going to those Friday night football games the rest of Ironton lives for. And for five short months, she became an Irontonian.

While she was here, the Waldos took her to Washington, D.C., Hershey Penn. and Gettysburg, Pa. She went to an Ohio State game in Columbus, too.

When her time was up and Lawson had to go home, she found that once back in Sydney, she was homesick again… for us, this time.

“I missed my friends,” she said. “People here are just different.”

So when her parents began planning a trip to Hawaii, Liz convinced them to send her instead on a vacation of her own — to Ironton.

Will she come back and visit us again? She certainly hopes to.

“Everyone is nice; you’ve got a great small town. This is one of the best places I’ve been to,” she said.