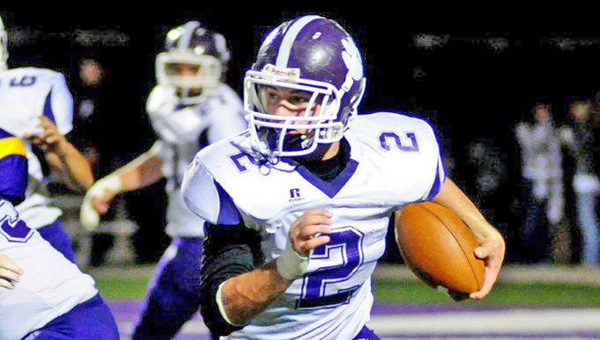 It’s that time of the year.

In one of the area’s top rivalries, the Chesapeake Panthers will visit the Fairland Dragons on Friday with more than pride at stake.

Chesapeake comes into the game 5-2 and Fairland 3-4, but both teams are 2-0 in the Ohio Valley Conference and the winner takes a giant step toward a league title.

“We’ve told our kids both teams are 2-0 in the league,” said Panthers’ coach Andy Clark. “They are getting better. They’re playing their best football right now. They’ve executed their offense and played good defense the past few weeks.”

There is even more at stake for the Panthers who need to win their final three games to not only win the OVC, but they can qualify for the Division IV postseason playoffs.

Panthers’ quarterback Austin McMaster is 41 of 82 for 575 yards on the season. He has thrown for four touchdowns and he has been intercepted six times.

McMaster also figures big into the running game. He has 58 carries for 387 yards and seven touchdowns.

Brandon Noble leads a balanced ground game with 464 yards on 80 carries and a score. Patrick Hintz had 548 yards on 51 tries and leads the team with eight TDs. Nate Jones had 232 yards on 45 attempts and Dylan Nichols adds 125 yards on 28 rushes.

Javon Thompson with 13 catches for 346 yards and three touchdowns and Tommy Noble with 10 receptions for 99 yards are McMaster’s favorite targets. Nichols has 39 yards on six grabs.

“They’re pretty solid. The line is good, the backs are good and run hard, and they’ve played well on special teams,” said Carroll.

“Look at the teams they’ve played and West and Valley are 13-1 and the one loss was West lost to Valley. That’s pretty good.”

Fairland isn’t quite a carbon copy of the Panthers’ offense. The Dragons have relied more on the ground game in an effort to keep the pressure off sophomore quarterback Kyle Sowards.

“It’ll be a battle up front just like it is every week,” said Clark. “They’re not very big up front defensively, but they’re quick and they have two good linebackers. We have to prevent the big play and we have to execute on offense and be disciplined on defense.”

Nathan Campbell leads three backs with more than 400 yards. Campbell has 487 on 55 carries and leads the team with seven touchdowns.

Eric Riley has 69 carries and Evan Maddox 49 as each player has rushed for 413 yards. Riley has five scores and Maddox four. Fullback Tyree Ceasar has 393 yards on 71 attempts.

Sowards has improved throughout the season at quarterback. He is 21 of 38 for 355 yards and two touchdowns. He has eight picks.

Blaine Fuller leads the receiving corps with eight receptions for 157 yards. Riley had 65 yards on six catches and Campbell 61 yards on two catches and two scores.