Holliday sees lots of similarities between Marshall and Rice 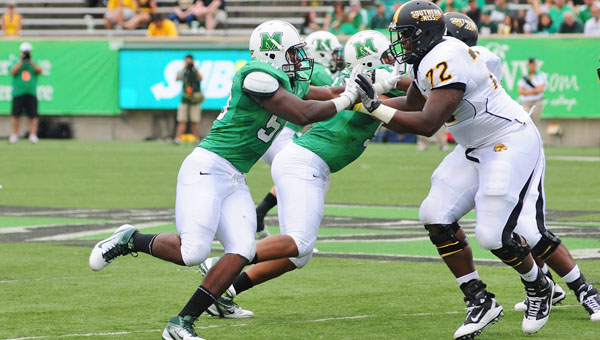 “For homecoming we have a team coming in here that is very similar to us. Rice opened up with Texas, they played Baylor and on the road against Southern Miss. They’ve played a very challenging schedule and have wins over Memphis and over Purdue. They are in the same boat we are, we both need a win. We’ll have a great week of preparation. One thing about this football team is that they are a lot better than what people think they are. Don’t look at the record, look at who they’ve played. We will have our hands full.”

Both teams are trying to keep pace in their divisions, and a loss would virtually end each team’s chances of winning it. Marshall is tied for second place behind Central Florida, which faces SMU this week. The Owls are a game behind Houston and SMU with meetings with both high-scoring teams yet to come.

Rice defense vs. Marshall offense. The Owls are giving up 501 yards and 33 points per game, even after a 28-6 win over Memphis last week. The Thundering Herd ranks last in Conference USA in total offense (271.7 yards per game) and mustered only 130 yards in a 16-6 loss at Central Florida last week.

Wolf slows down Cards’ bats as Brewers even series