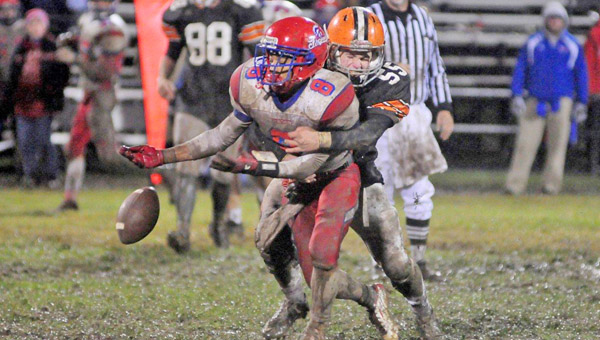 Mirror, mirror on the field.

It’ll be two programs with a lot of similarities clashing Saturday night in the Division IV Region 15 semifinals when the Ironton Fighting Tigers travel to play the Amanda-Clearcreek Aces.

The Aces (8-2) are making their 18th playoff appearance. They won back-to-back Division V state titles in 1999-2000 and the program has had three state runners-up.

Ironically, both schools have the same orange and black team colors.

“There are a lot of similarities our programs,” said Ironton coach Bob Lutz. “We both like play a physical style and try to run the ball. They’ve had a lot of success over the years and a lot of good teams. We’ll have our hands full.”

The Aces like to run behind a big offensive line with leading rusher Chet Saum and dual-threat quarterback Austin Smith.

“The quarterback is a good athlete. He can make some plays running or throwing. (Saum) is tough kid who runs hard. But they’ve got other guys who can make plays, too,” said Lutz.

Clearcreek won the Mid-State League Buckeye championship with a thrilling 17-14 win over previously unbeaten Logan Elm last week. Saum ran for 83 yards on 20 carries and Smith was 5 of 9 for 69 yards including an 18-yard pass to Dusty Riffle forteh winning score.

On the defensive side, Clearcreek mixes their alignment between a 50 look to a 4-4.

“They’re aggressive and they run to the ball well,” said Lutz. “Their size will make it tough for us to move the ball. They’ve got a nice group of linebackers.”

Maynard and Mets share the nose guard spot in the 50 front. The ends are Jamison Bennett (5-10, 165) and Reid while Norris and Saum are the tackles.

Andrix is the inside linebacker with Brumfield and Cornell are his running mates. The secondary has Chenetski and J.J. Tipton (5-10, 175) at the corners with Smith the free safety.