IRONTON — All veterans, their families, and the community are encouraged to attend the Fifth Annual Frank J. McCown Lecture Series, entitled “Defending Liberty and Freedom, Honoring All Who Served.” The event is scheduled for Thursday, Nov. 10th from 11:30 a.m. to 1:30 p.m. at the Riffe Center, Mains Rotunda, 1804 Liberty Avenue in Ironton.
The keynote speaker is Iraq War Veteran, Tiffany Coriell of the Ohio State Highway Patrol. Coriell is from McDermott and is a 1997 graduate of Northwest High School. She joined the Ohio Army National Guard as a combat medical specialist, March 18 of that same year. Throughout her 13 years of military service she was deployed to Iraq with the 216th Engineering Battalion for Operation Iraqi Freedom, under the 1st Infantry Division.
She achieved the rank of Staff Sergeant and was awarded the Army Achievement Medal.
Coriell was also employed with the Ohio Department of Rehabilitation and Corrections as a Correctional Officer at the Ross Correctional Institution, where she became a member of the RCI Special Response Team. 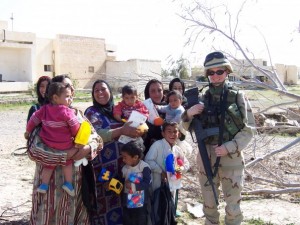 The event will also include opening remarks from OUS Dean Dr. Bill Willan. The Presentation of Colors will be by Tom Williams and members of VFW Post 2761 of Symmes Valley Memorial Post and taps will be played by Ironton High School senior band member London Brown.
Local performers Katie Owens, an OU Middle Childhood Education student, and local performer Catherine Cirner will provide music for the event. Closing remarks will be made by OUS Librarian, Brian Kelley. The event is free and open to the public. For more information, contact Mary Ann Wymer at 740-533-3877.