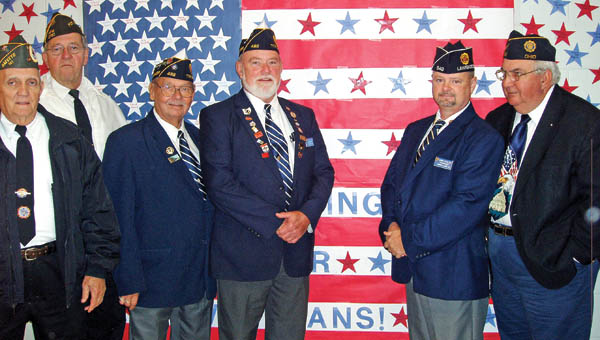 WILLOW WOOD — Symmes Valley Elementary School honored veterans and their families during a celebration at the school Thursday.

The ceremony at the school’s flag pole included a flag raising, a 21-gun salute, patriotic songs by the third grade and teachers, and the playing of “Taps”.  After the ceremony, a luncheon was prepared by the school’s parent volunteers and more than 50 veterans and their families attended.

A minute of silence was observed to honor Commodore Kenneth Kingery, who had participated for two decades in patriotic ceremonies and assemblies at Symmes Valley Elementary until his death last week.

In an afternoon assembly the American Legion presented a program to the student body on honoring the American flag and “What It Means to Be an American.”