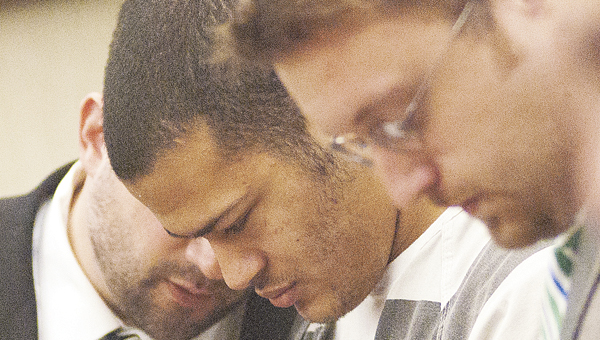 Lawrence County Common Pleas Judge D. Scott Bowling has ruled on four motions made by defense co-counsel in the case of Charles Edens, the 22-year-old Huntington, W.Va., man who is to stand trial next month in the death of an Ironton man this summer.

Bowling granted a request from attorneys J.T. Holt and Mike Gleichauf to require the prosecution to properly preserve and catalog all physical evidence connected to the case.

But Bowling denied a defense motion to require the state to disclose the names of grand jury witnesses. He also denied the defendant’s motion for a pretrial copy of transcripts of jury proceedings.

Edens is accused of shooting and killing Wells, 19, near the corner of South Eighth and Madison streets Aug.30. Edens will stand trial Jan. 17. If convicted of the murder charge he faces a life sentence with the possibility of parole after 15 years. If the jury finds a gun was used in the incident, an additional three years will be added to the 15, making parole possible after 18 years.

He is also charged with felonious assault, tampering with evidence and having a weapon under a disability. Ohio law prohibits convicted felons from having a weapon.

Holt was asked for comment about the rulings but said he had not seen them yet; special prosecutor Paul Scarsella has said previously he does not like to comment on pending cases.

Insanity plea holds up in court