Appointment to BOE not ethics violation 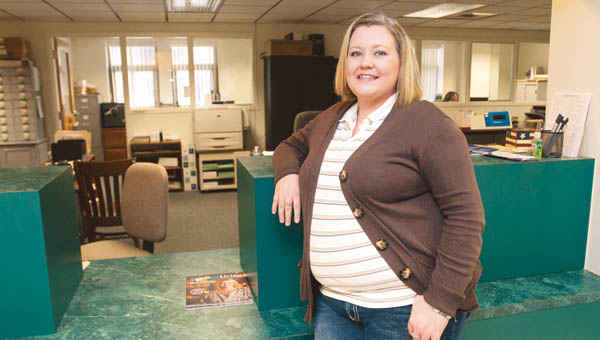 Toni Stevens is currently acting as deputy director for the Board of Elections.

A prosecutor’s opinion has cleared the way for the acting deputy director for the board of elections to get the job permanently, according to Craig Allen, board chair.

“Right now I am just trying to learn and do the best I can for my party and for everybody in general,” Stevens said. “I have worked in the Democratic Party since I was a child. We would get groups of our friends and walk and pass out flyers and papers. … I couldn’t tell you how many fundraisers I have been to, even if it was cleaning up afterwards, chipping in to help.”

Stevens, who has worked the polls for the past 13 years, has worked in the board office at the courthouse since the fall on a part-time basis. She has also been a presiding judge at the polls and is currently a member of the Democratic executive committee.

The board of elections had sought an opinion from the county prosecutor’s office on whether Stevens’ appointment would be in violation of the Ohio Ethics Law.

“It is our opinion that since Mr. Bradshaw is not a member of the Board of Elections which is the hiring agent and provided that he did not use his position or influence to obtain the position for his daughter, we do not believe her hiring would violate any ethics law,” according to the opinion by Mack Anderson, assistant prosecuting attorney.

“However we would further refer you to the Ohio Ethics Commission who gives opinions on these issues to public offices in Ohio.”

The deputy director must be a Democrat since the director, Cathy Overbeck, is a Republican. There are also two assistants in the office, representing each political party. The deputy director is second in command in charge of day-to-day operations.

Despite her work in the political realm the 1998 Ironton High School graduate focused her first career goals toward the medical realm, studying health care administration and long-term care at Ohio University Southern.

“(Election work) has been something I have done periodically, basically my whole life,” Stevens said. “I started as a child going door-to-door. It has always been an interest that I have, learning how things work and working the polls. And now this is the biggest challenge, learning this job and doing it at the best of my ability.”

BURLINGTON — Just two months after the senior citizens’ levy lost by a half-percent margin the fallout from the loss... read more