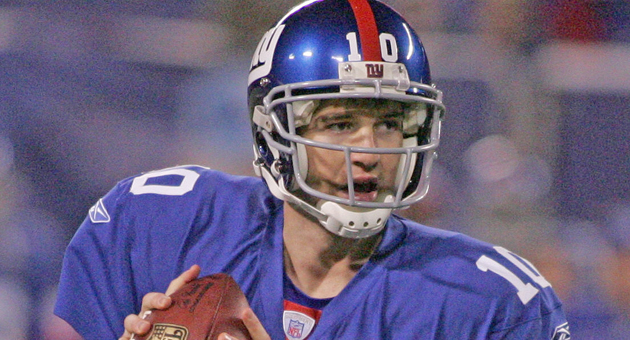 Four years after what many consider the best finish in Super Bowl history, the Giants and Patriots are facing off once more for the NFL championship. While there are no perfect records on the line this time, this matchup could be equally enticing.

It certainly looks that way heading into Sunday’s big game. In 2008, with New England undefeated and having beaten New York in the regular-season finale, the Patriots were 12-point favorites. The spread now is 3, and the Giants beat them during the season.

All of which matters not a bit, according to Bill Belichick, who will tie a record for head coaches with his fifth Super Bowl appearance.

“I’ve been asked about that game for several days now. All of the games in the past really don’t mean that much at this point,” said Belichick, 3-1 in NFL title games. “This game is about this team this year. There aren’t really a lot of us coaches and players who were involved in that game, and very few players, in relative terms, between both teams. We are where we are now, and we’re different than where we were earlier in the season. The Giants are where they are now, and I think they’re different than where they were at different points of the season. To take it back years and years before that, I don’t think it has too much bearing on anything.”

“It was like getting punched in the stomach,” he said. “I still can’t watch the highlights from that game because of the opportunity we missed out on was so grand.

Having come this far before is immeasurably helpful, according to Justin Tuck, the leader of the Giants’ defense whose return to health and form has keyed New York’s resurgence. He says the experience of four years ago in the Arizona desert will benefit everyone.

“The only thing that I tell the younger guys is make football football,” Tuck said. “Don’t make this game bigger than it has to be. Everybody around you is going to make it bigger, but we have to concentrate on why we’re going out there. There’s going to be a lot of parties. There’s going to be a lot of people pulling at your coattail. Listen, if you go out there and you handle your business and you win this game, you can party all you want to after that.

“For me, personally, the first time I went to a Super Bowl I approached it as such — as a once in a lifetime thing.”

For Tuck, it wasn’t. And while the defense he leads to Indianapolis isn’t quite as overwhelming as the unit that made life miserable for Tom Brady in ‘08, it has been reinvigorated as the Giants surged to the NFC championship. It also is just as deep as the group that sacked Brady five times, hit him nine more — Osi Umenyiora claimed he had that many hits alone — and unnerved the usually unflappable star.

Other than head coaches Belichick and New York’s Tom Coughlin, that is the most common element between the two Super Bowls.

“It’s been a strength of their team for as long as I can remember,” Brady said. “Michael Strahan, as great of a player as he was, I think we played them in 2003 and they were still harassing the quarterback. It seems like they always have guys who can rush the quarterback. Justin Tuck is as good as they come. Osi week in and week out, he’s a player who can ruin a game for an offense. You look at the group they have now, and they have a ton of depth at the defensive line position.”

Controversial receivers Randy Moss and Plaxico Burress have been replaced by skilled playmakers like tight ends Rob Gronkowski and Aaron Hernandez in New England, wideouts Hakeem Nicks and Victor Cruz in New York. Eli Manning no longer is a question as Giants quarterback, and has carried the offense much the way running backs Brandon Jacobs and Ahmad Bradshaw did in the past.

Lawrence Tynes kicked the Giants into the Super Bowl in overtime in ‘08 and — incredibly — this year, too. Wes Welker led the Patriots with 112 catches that season and had 122 in this one.

Sixteen Giants remain from the 17-14 Super Bowl victory, and only seven Patriots are still around.

Similarities and differences, all juicy elements for Giants-Patriots II.